Dinesh Karthik has the chance to show his keeping and batting credentials during Asia Cup.

I have been driving in the US for the past six years and have been lucky enough not use my Stepney, or the spare tire. At times I tend to forget that there is something called a jack and a spare tire in my trunk, I doubt if it is even present; that is how the roads of US make you agnostic about certain things. Something similar can be thought about the wicketkeeper’s position in the Indian team, which is currently held by MS Dhoni.

The Indian team plays a lot of cricket across all formats round the clock. Dhoni is fit and he never misses a single game due to injury or other reasons. He plays Tests, One-Day Internationals (ODI), T20Is and in the Indian Premier League (IPL) throughout the year. Once in a while he misses out on the not so high-profile series like the Asia Cup. Just like the backup tire, we tend to forget about the backup wicketkeeper. Now that Dhoni is resting his heels and recovering from a strain, this gives Dinesh Karthik yet another opportunity to cement his place in the team, first as the second choice wicketkeeper and second as a middle-order batsman.

If Virat Kohli is the leader of the top three, Dhoni is the crux of the bottom three in the Indian batting line-up. And in most chases it’s the performance of these two that determines the outcome of the game. Since the slump in Yuvraj Singh’s form and Suresh Raina’s lack-luster performances in ODIs, there lies a void in the Indian middle-order that needs to be filled in soon. This is adding too much pressure on Kohli and Dhoni to deliver, as India’s success is a function of their performance.

In the ODIs for India, the top-three and bottom-three are doing the bulk of the run-scoring; a stable and smooth middle-order is required, who could pass on the buck. Karthik with his bat can fill in the void; he has the right technique and experience to make that spot his own. Being a very busy cricketer, he can keep the scoreboard ticking and also shift gears when needed. The only thing that can be questioned is his temperament; at times he throws his wicket away.

Though not a good parameter to judge someone, but the IPL does give a sneak into one’s temperament. Every time Mumbai Indians were in dire straits during IPL 2013, Karthik stood up, stabilised the ship and harbored the innings to a safe total. He played safe in the beginning and accelerated when the time was right. Perhaps the only blemish that we saw during the IPL was that his performance dropped dramatically as the tournament progressed. This was also evident in the ICC Champions Trophy 2013 and the Zimbabwe tour. This, though, isn’t an unknown thing about Karthik. If we are thinking about a long tournament like the ICC World Cup 2015, Karthik could hamper the team’s plans, because he doesn’t maintain the same intensity throughout the tournament.

After the South Africa and New Zealand tours, India are set to play in the Asia Cup 2014 in Bangladesh, where the ball grips the surface after pitching. For the Asia Cup, Karthik would don the gloves and it would be a challenge for him to keep wickets against the likes of Ravindra Jadeja and Ravichandran Ashwin on the pitches in Bangladesh where the bounce is on the lower side. If for anything else, Karthik is criticised for his flimsy glove work in the past, he gets too excited at times and doesn’t stay lower longer enough.

In 2013, after his comeback, he has played in England, West Indies and Zimbabwe; and with the given opportunity he has scored two half-centuries in those 13 games — modest scores for someone who bats lower down the order. So this series is very important from a runs perspective, and it’s only runs that can give him an extended run. His recent domestic form looks fantastic, his double century in the lead up games was exceptional and his 91 against Karnataka was a face-saving act that rescued Rest of India in the first innings of the Irani Cup. So, he has form by his side and lot more in favor. He only needs to show decent performances and the rest would fall into place.

Not reading much into Dhoni’s injury, working under the assumption that he would be back after the Asia Cup, if Karthik makes any mark with the bat, he could dream of making it back into the team purely as a batsman. He has hare like reflexes and sometimes a bit more than required. He anticipates the ball and pounces on it. He fits into the Dhoni’s scheme of things, being an excellent mover in the field and coupled with safe hands, it makes him an asset. Since he can bat anywhere in the middle order from No 4 to No 6, depending on the situation, his flexibility could come in handy.

Being only 28, he and India could think long-term, provided both think alike. Karthik is four years younger to Dhoni, so he has age by his side. He has been bought back by Delhi Daredevils for a whopping Rs 12.5 crore. So, post the Asia Cup, he can focus on doing well in the IPL and knock the selectors’ doors.

More can be talked about his future as India’s future wicketkeeper, but at the moment this is a chance for him and India to see what lies ahead of them. 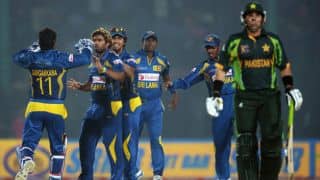 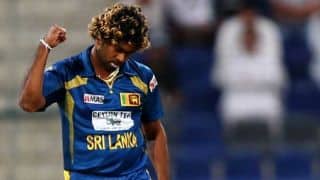