No captain in the history of UAE cricket has achieved anything remotely close to what Amjad Javed has.

Amjad Javed has a T20I batting strike rate of 112. He can hit the ball hard. He also takes a wicket every 14 balls, which is a ridiculous number. But more importantly, Javed has achieved two spectacular things: he has led UAE to the main round of Asia Cup; and more importantly, despite UAE losing the first three matches — against Sri Lanka, Bangladesh, and Pakistan — they have certainly not disgraced themselves. Unless they succumb to a humiliating defeat against India, they would leave the tournament with their heads held high. No captain in the history of UAE cricket has achieved anything remotely close. FULL CRICKET SCORECARD: Pakistan vs UAE, Asia Cup T20 2016, Match 6 at Dhaka

UAE cricket has seldom been taken seriously. When they talk of cricket and UAE in the same line, it is often about ICC headquarters; or the fact that both Pakistan and Afghanistan play their home matches there; or that Sharjah has hosted most ODIs. Even when they talk about the UAE cricket team, they barely mention anything beyond Sultan Zarawani’s stupid decision to face Allan Donald in a sunhat, or Asim Saeed earning $1,000 for dismissing Sachin Tendulkar once. Seldom has it been about the quality of their cricket.

That has changed with the Asia Cup. Everyone have suddenly started to take the Men in Ash more seriously than before. In each of their three matches UAE have come back from hopeless situations. Every time they have squandered the advantage. Sri Lanka were cruising at 68 without loss before being Javed took the first three wickets; Sri Lanka finished on 129 for 8. A stronger or more experienced batting line-up could have sealed the match, but UAE finished on 115 for 9. BLOG: Pakistan vs UAE, Asia Cup T20 2016, Match 6 at Dhaka

It was almost an encore against Bangladesh (the matches were on consecutive days, remember): the hosts reached 46 for no loss, and then 72 for 1. Once again some clever cricket restricted them to 133 for 8. And UAE, from 25 for 1, collapsed to 82.

It was evident that the batsmen were not living up to expectations, so Javed batted against Pakistan. UAE, after 12 for 3, recovered to 129 for 6. Given Pakistan’s abysmal batting show against India, an upset could not be ruled out, especially after they were 17 for 3. Umar Akmal and Shoaib Malik took them to safety, but they needed to finish the match. Then, with 40 to score off 26 balls, Usman Mushtaq dropped Malik; the next two overs went for 12 and 23, and that was that.

It was another ‘almost’ match — exactly two decades after Kenya had stunned West Indies in the 1996 World Cup.

Three times in three matches did UAE let the match slip from their hands. They did not lack quality: they lacked experience, or what they call ‘killer instinct’ in sports jargon.

This, of course, is not different from what their performance in the World Cup the previous year. They did lose every single match, but three of them were against India, South Africa, and Pakistan. They did lose to West Indies comprehensively, but they gave Ireland and Zimbabwe serious runs for their money (remember that Shaiman Anwar hundred?).

Since the World Cup UAE has been largely a forgotten team, largely for their own fault. They were beaten by Netherlands, Afghanistan, Scotland, and Ireland, but they were not upsets. However, they had no business losing to Hong Kong 0-2 — everyone’s favourite punching-bag in Asia Cup 2016 qualifiers — at home.

Coming into the Asia Cup, they had lost 13 of their last 16 matches across formats. This included a run of 11 defeats, but on the other hand, they won 3 of their last 5, which indicated a rise of sorts, despite the small sample size.

Indeed, UAE’s win over Afghanistan in the Asia Cup qualifying round was no upset: a year back they had beaten Afghanistan 3-1 in an ODI series. The recent win took their head-to-head count 4-3 across formats in UAE’s favour.

Javed did not take new ball in the qualifying round, but played a role in each of the three matches. His figures after the qualifiers read 9-0-56-4. He stepped up in the main stage; with 12-0-95-8, he is the leading wicket-taker of the phase. Take away the last over that went for 23; the numbers read 11-0-72-8. This, despite the fact that UAE are at the bottom of the points table without a single win.

Credit must go to the other Javed in the team: Aaqib had burst into First-Class cricket in his tweens; he played a Test at 16; by 26 he was through with international cricket. At 43 he has turned UAE cricket, especially bowling, around with his experience.

He was a prodigious bowler who could move the ball (both new and old). A fast bowler’s aggression came naturally to him. As coach of UAE, Aaqib probably realised he was not dealing with the most talented bowling unit.

There is a general theory that extremely talented cricketers seldom make excellent coaches, probably because they expect their wards to emulate them. Aaqib did not make that mistake: he focused on the skill-sets of a group of eager individuals and turned them into an efficient unit. He did not want a quick, hasty leap. He wanted the rise to be smooth and steady.

Instead, he focused on building a disciplined unit that was aware of their limits. He turned UAE into a more than competent fielding unit, probably the best of the tournament after India. He got the bowlers to stick to line and length. He taught them canny variations. And UAE developed into an enthusiastic competent, disciplined, thinking unit with a plan to execute every time they take field.

Amjad Javed has 12 wickets in the tournament at 12.58. He is not express, but he is tall, can extract bounce, and is accurate. Most importantly, he thinks on the move, and represents the UAE side more than anyone else: not a genius with bat or ball, but an efficient craftsman. He carries himself wonderfully on field, leading by action and swift decisions.

All these are impressive numbers. Simple numbers do not reflect the fielding standard, but data of more sophisticated nature would certainly reveal their quality.

Indeed, as experts would say, they need to win a match or two to get into the groove. As they also say, winning is a habit. Perhaps an upset win against India will do the magic. 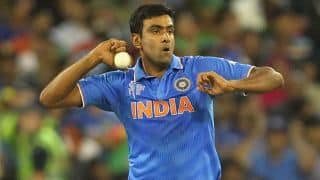 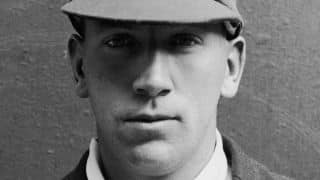