Australia are aiming high. They are world No. 1 in Test, are the reigning world champions in 50-over cricket and they should at least have a respectable position in T20 cricket as well.

Big Bash League (BBL) is the only time Australia get truly serious about Twenty20 cricket. They spend remaining time hustling, bustling and fretting over holding fort in other formats. BBL gives them the breathing space, and the freedom to cherish the carelessness that comes along in T20 cricket. As far as T20Is are concerned, Australia play them so less that their feats do not rank among the others. As far as build-up for T20 World Cup 2016 is concerned, Australia have played as many as 6 T20Is since January, in a way making up for the famine of T20Is in the year 2015.  ALSO READ: David Warner’s shift to middle-order further boosts Australia’s batting ahead of ICC World T20 2016

If Australia are to be judged on their current form, it is misleading. They preferred to give a miss to the India series by resting key players like captain Steven Smith, David Warner, Josh Hazlewood and a few others, and lost to India at home 0-3 for the first time. The world fretted over Australia’s fortunes in T20Is, but they silenced all by trumping South Africa in their backyard 2-1 to gain rich momentum. One of their wins included a thrilling chase of 205.

Smith is a wise and character full of gumption to take Australian cricket ahead. Australia are at the pinnacle of world rankings and with not much Test cricket lined up, he can channelise energies to gain respect in the shortest format. After all, BBL can be termed as the second-most popular T20 league in the world and Australia must have a respectable place in international circuit as well. At present, they are at a lowly fifth, by their standards. ALSO READ: India in Australia 2015-16 T20I series: Marks out of 10 for Australia

Playing and winning in India should not be a big ask for the Australians, for a huge chunk of their core squad spends at least a little around two months in India every year in IPL. The list is long: Smith, Warner, Shane Watson, Glenn Maxwell, James Faulkner, Aaron Finch, and Nathan Coulter-Nile. Mitchell Starc is another name, there is still time left for him to recover totally and get back in reckoning. Till he returns, the world can cherish the rise of a promising all-rounder in Mitchell Marsh.

As far as firepower is concerned, Australia have all the boxes ticked right. Their batting is experienced, and fast bowlers can at least contain the opposition. But spin is the only department — a perennial one — where they look frail. Nathan Lyon should have been given another go, but Australia saw more in Adam Zampa for the ICC T20 World Cup 2016. With a spin attack not greatly proven — which also has an uncooked Ashton Agar and of course the support of Maxwell — Australia will have a one-dimensional bowling attack which may prove costly on flat decks.

Australia are aiming high. They are world No. 1 in ICC Test rankings, are the reigning world champions in 50-over cricket and they should at least have a respectable position in T20 cricket as well. But at present, they face a challenge to win do well in familiar conditions and win a trophy which they do not have in their collection yet.

The batting coach Michael Di Venuto has left, and this will be the last series for bowling coach Craig McDermott. The chips will keep falling as they will keep getting better and better after a few tumultuous years, and to start with, nothing less than their reputation is at stake because the aims are high, and so is the promise. 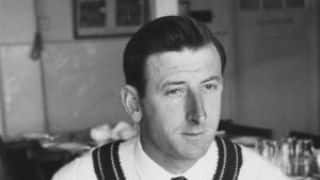 ICC World T20 2016: New Zealand have fair idea of how to beat Sri Lanka, if they play each other in semi-final, says Corey Anderson