Australia beat South Africa by 73 runs in the third ODI at the Manuka Oval, Canberra.

Australia beat South Africa by 73 runs in the third One- Day International (ODI) at the Manuka Oval, Canberra on Wednesday. With this victory, they have taken a lead in the series 2-1. Varun Arora looks at the highlights of the encounter.

Aaron Finch‘s century: Australian captain George Bailey won the toss and put Australia to bat first against South Africa. Australian opener Aaron Finch built the platform as he hit 109 off 127 balls, which included four boundaries and three sixes. David Warner and Aaron Finch had 108-run opening partnership for the first wicket which put Australia on course for a big score in the third ODI.

Steven Smith‘s cameo: Steven Smith’s innings was a treat to the eyes of the spectators as he played some extraordinary shots in his knock unbeaten 73 off 55 balls. Smith’s cameo took Australia over the 300-run mark. Smith was aggressive in his approach and experimented with his range bank of shots. During his knock, he also played a unique flick between his legs which raced towards the boundary. He saw a full delivery from the bowler and immediately carved the face of his bat to position the shot perfectly.

Faf du Plessis acrobatic fielding: Faf du Plessis was electric in the field as usual. He was one of the best South African fielders on Wednesday at Canberra. He showed his exemplary acrobatic skills in the outfield on many occasions. Smith hoicked one ball towards long-on where du Plessis was guarding the fences and he put in a two-feet jump off the ground and pushed the ball back, reducing a six to just few runs. He had also taken a magnificent catch later in the innings, only to realise it was a no-ball.

Hashim Amla‘s composed ton: Hashim Amla is one the best sights for a cricket fan when he is at his best. On Wednesday, he was remained poised and threaded the field with his wide range of shots. Amla also became the fourth batsmen after Sachin Tendulkar, Ricky Ponting and Herchelle Gibbs to score an ODI century against all the Test playing nations.

Australia get Hashim Amla and AB de Villiers in quick succession: AB de Villiers was threatening to run away with the game. His strokeful fifty had all the exciting elements as he moved across his stumps, made room and managed to pick boundaries at will. In the last 13 overs, South Africa needed just around 100 with Amla and de Villiers in the middle. However, the Proteas captain was dismissed leg-before. Soon after Amla was bowled by Josh Hazlewood for 102. Australia sealed the game from thereon.

Mitchell Starc’s four-for: Mitchell Starc was deadly in the final overs for Australia. He raced in screaming fast threatened the batsmen with his pace and line.  On occasions, he was dead straight and hard to negotiate. Starc demolished the South African lower middle-order as he picked the wickets of Dale Steyn, Vernon Philander and David Miller in a tizzy. He was economical too as he gave away only 32 runs in his eight overs and bowled the only maiden of the match. 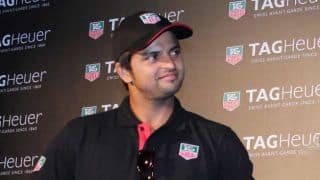