For the first time in 30 years, Australia are frantically looking for a settled No 3 option ahead of the ICC World Cup 2015.

It should not come as a surprise that Australia face a headache of finding a number 3 in One-Day cricket for the first time for nearly 30 years.  Since Ponting’s debut in 1995,  the Tasmanian had batted at 3 on 331 occasions out his 365 innings. Prior to that Dean Jones had the position locked down the spot on 130 times since debuting all the way back in 1985.

Only 13 One-Day International (ODI) matches remain for Australia to decide which batsmen will bat at the crucial number three position at the World Cup that begins in February 2015.  Ever since the retirement of Rick Ponting 30 months ago, Australia had played in 54 matches and have as many as 10 batsmen have tried their hand at the number 3 position.

As many as 10 batsmen have shared the workload at one drop in those 54 matches. Shane Watson is the leader have batted there on 16 occasions followed by Peter Forrest (9), Michael Clarke (8) and Phil Hughes (7), all the others are on less than five occasions.

With Watson and Clarke both injured, Darren Lehman has no option but to persist with Phil Hughes or Steve Smith.  It is worth noting despite Hughes highly successful tour of Zimbabwe he was left out of the initial squad to the UAE and only got a look in due to Clarke injury. So if logic is to prevail and assuming Clarke is fit for the World Cup then Hughes will be first man dropped despite the sheer weight of runs.

Steve Smith is the long term option and the likely successor to the No 3 crown. He also has the backing of Clarke and with Mitchell Marsh snapping at Watson heals, it could mean Smith is given the first crack at 3 in the UAE. If he excels then he is likely to be persisted for the five ODI’s versus South Africa in November but only as a middle order batsmen given that either Clarke or Watson will fit straight back in.

Despite the injury concerns the selectors are unlikely to drop Watson for the World Cup meaning he leading candidate to bat at 3, given his explosive batting style and his experience. Also the fact that Watson is uncomfortable in the middle order and has not batted there for the last three years means Australia seem him as all-rounder batting at three.  While he has a better record as a opener, Warner and Finch are first choice openers.

Based on past history, records and statistics Watson is incumbent at 3 but there are still four months before the start of the World Cup 2015 and Watson could feature in four Tests, 8 ODIs and 3 T20’s  leading up to the tournament which is likely to put a load on a fragile body even further.  Even if he is rotated, it is impossible to concede to the fact that Watson will go through the World Cup campaign without a injury concern meaning Australia secondary option will be required.

Mitchell Marsh is an ideal like to like replacement for Watson but he is simply too raw to fill the void at No 3. Marsh only seems to fit the bill as an all-rounder at No 6 or 7.

Clarke on the other hand has only filled in at No 3 only when Watson has been absent.  Clarke’s preference to bat a No 4 coincides with the fact that he nearly averages 50 at that spot. Like Watson, Clarke’s frail body will also faced stern tests leading up to the World Cup.

Out of the 13 ODIs remaining before the World Cup, five against South Africa are jammed in between the Pakistan Test series and the Tests against India at home.  It will be a miracle if Watson and Clarke both feature together in majority of them.

Given both have a history of injury concerns Australia need to have an alternative plan in case of a mishap  with their most senior members during the world cup campaign.

Once the No 3 is clear the rest of the puzzle seems to fall into place. It has for the last 30 years but for the first time Australia need all the contingency plans for the vital No 3 position. The Pakistan series will be the start of it all. 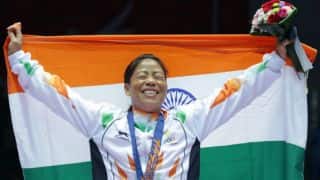