Babar Azam is expected to be the next big thing in Pakistan cricket.

One of Pakistan’s brightest propects and whom experts consider to be the next big thing in Pakistani cricket, Babar Azam is quickly gaining respect amongst experts and fans alike. In an exclusive interview with PakPassion.net, Azam spoke of his domestic career so far, the differences between First-Class cricket and Under-19 cricket, as well as his disappointment at the lack of Pakistan ‘A’ tours currently being arranged.

PakPassion.net (PP): In your domestic career so far, your performances in the shorter formats, List A and T20 cricket, have been better than your First Class ones. Is there any particular reason for this?

Babar Azam (BA): There are a number of factors that have contributed to this. Firstly, my performance in the Ramadan T20 tournament for Zarai Taraqiati Bank Limited (ZTBL) was very good and I scored quite heavily as I had a lot of support from my coach and the rest of the players. I scored 162 runs in the four matches we played with a top score of 77 not out at a strike rate of over 150. So this boosted my T20 statistics considerably. More recently during the First Class season, I got hit by a ball and fractured a bone so I wasn’t able to play as much as I would have liked.

I am certainly disappointed that I have now played 15 First-Class matches but haven’t scored a century yet despite making five 50s. I started very well this season so I felt I would achieve this feat, but unfortunately I got injured which did ruin my season a bit. Last season I struggled a lot but I worked very hard on my game and doubled my efforts so I feel I came back a much improved player. However the injury meant I wasn’t able to play during the whole season.

PP: Islamabad reached the semi-finals of the recently concluded Faysal Bank T20 tournament, how did you feel that tournament went for you personally?

BA: I want to first thank the President of the Islamabad Region Cricket Association, Shakil Ahmed Shaikh, who gave me the opportunity to play in all the matches in the tournament as an opening batsman. Thankfully, despite making a comeback from injury after four weeks, I performed well.

I didn’t perform as well as I personally wanted to but I thank Allah for the performances that I did give. I averaged 27 in the tournament with a top score of 55 which helped us beat Peshawar Panthers early on in the tournament. I don’t think I was 100% fit for the tournament following my injury but I was adamant that I wanted to play, no matter what. Thankfully God gave me strength and I was able to take part in the tournament. As a team we did well as apart from Umar Gul, we didn’t really have any big names in our team but we reached the semi-finals by gelling together and playing as a team.

PP: What was the reason for your move from Lahore to Islamabad?

BA: I had previously played 4-day cricket for Islamabad so they offered me the chance to play for them in the Faysal Bank T20 tournament. I was encouraged to take part on behalf of Lahore as well, but the problem with playing for Lahore is that they have such a strong team that I was having to bat very low down the order, at number 7 or 8 even though I’m really an opener. In fact, the last time I played for Lahore, I was once sent in to bat at number 9, once at 6 and once at 4! So it made sense for me to play for Islamabad where I could bat at the top of the order and demonstrate my ability.

PP: You are one of the players who, in the view of many, would be an automatic selection for a Pakistan “A” side. It, therefore, must be very disappointing that not many of these tours are being organised at the moment?

BA: Absolutely. After playing for Pakistan Under-19s, the next step up is to either play Under-23 cricket or to play for the “A” side. We recently had an Under-23 tournament in Singapore in which we lost in the final, but generally these types of competitions aren’t taking place very often.

If players aren’t given the opportunity to step up from Under-19 cricket, then they will just disappear. Organising such tours will ultimately benefit the Pakistan team as they will allow players to improve and reach a position where they are good enough to enter the senior side and play international cricket.

PP: What do you consider are the main differences between Under-19 cricket and domestic cricket?

BA: There are a lot of differences but the biggest one is that of experience. When you are batting in Under-19 cricket, you will get the odd bad ball in every over which you can put away — that doesn’t happen at First-Class level. You get bad balls much more rarely and you will be dismissed if you make the slightest error. I’d say First-Class cricket is the most difficult level of cricket in Pakistan. If you can perform there then you won’t have as many problems going forward.

PP: With T20 cricket becoming more and more popular and financially lucrative, is there still interest among the younger players to focus on the longer form of the game?

BA: With the season structured the way it is, where we have separate periods of T20, One Day and four day cricket, players focus on the tournament that is coming up next. When the four day season comes around, we concentrate on adapting our game for that type of cricket and performing in that format. In T20 cricket, a player who gives a one-off outstanding performance could get picked for Pakistan but with First-Class cricket your scores are monitored over the whole season and the most consistent performers come out on top. So you have more chances to score in First-Class cricket whereas with T20, you might only get a couple of games in which you may or may not perform depending on your luck. So the focus is always on performing more in First-Class cricket than in the shorter formats.

PP: Pakistan Under-19s performed very well once again at the recent World Cup reaching the final against South Africa. Do you see any reason for their loss that day or would you put it down to just facing superior opposition in the final?

BA: I would say it was a case of bad luck as this team has been doing outstandingly well for a very long time. I felt they relied a lot on their top two batsmen, Sami Aslam and Imam-Ul-Haq, and the middle order was not particularly strong. In the previous games, the top two had scored the bulk of the runs and the middle and lower didn’t get as much time in the middle. So when the openers fell early in the final, all the pressure fell on the rest of the batting lineup and they weren’t able to handle it. So you can put some of it down to bad luck but the other batsmen didn’t perform as well as they should have.

PP: How difficult is it for a player to move from playing Under-19 cricket to playing cricket for the Pakistan senior side?

PP: What is the role of batting coaches in development for younger players? How crucial is the presence of a coach for the technical development of any player?

BA: The Pakistan Under-19s side and even the Under-23s side should have a batting coach. However, by the time a player reaches the Pakistan senior side he should not need a batting coach. At that point he should only require some guidance on how to improve rather than have someone coaching him personally.

Having said all this, there does need to be a coach within the team set-up to speak to the players about any specific problems they may have and to give them confidence. Confidence is crucial and the coach is the best person to instill that confidence in a player, and help pick him up when he is down so he starts scoring runs again. So I will say that a coach is necessary to guide a player in the right direction. 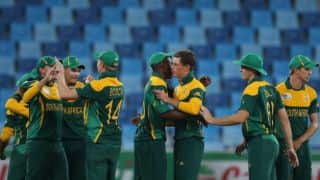 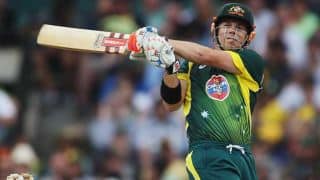