James Bond, with the fascinating portrayals on silver screen by a host of excellent actors, has kindled the imagination the world over.

Ian Fleming, born May 28, 1908, created the most famous secret agent in fiction. James Bond, with the fascinating portrayals on silver screen by a host of excellent actors, has kindled the imagination the world over. Arunabha Sengupta takes a look at the references to the noble game made in the collection of Bond novels and short stories.

When M asks about the Second World War hero and millionaire Hugo Drax, the top British agent pauses and looks out of the window to marshal his thoughts.  Finally James Bond replies, “Well sir, for one thing the man’s a national hero. The public have taken to him. I suppose he’s in much the same class as Jack Hobbs.”

That is not the only mention of cricket in Moonraker . The Blades Club is said to have some of the most sought after amenities, and that includes finest tents and boxes at Lord’s, Henley and Wimbledon.

007 may not really look great on the scorecard. Three batsmen falling for those single digit scores one after the other would leave the batting side both shaken and stirred. However with James Bond being the ideal British spy, the noble game does occasionally grace the books. Of course not as much as baccarat, or even tennis or golf — the American market for the screen adaptations limits cricketing references to a minimum. But the original books, as can be expected, contain quite a few mentions of the English game.

The creator was linked to cricket.

Although Ian Fleming’s own forays onto the pitch have been limited, his nephew Matthew Fleming was a useful all-rounder who played 11 ODIs for England in 1997 and 1998. A regular of the Kent side, he turned out for the county 219 times in First-Class cricket, leading them for a few seasons. Interestingly, in the Bond mode, his first two scoring strokes in First-Class cricket were sixes. Matthew Fleming’s great-grandfather, Charles Leslie, played 4 Tests for England in the 1880s.

There was, incidentally, a cricketer Ian Fleming, a namesake of Bond’s creator, born in the same year just three months after the writer. This gentleman, born in Georgetown, British Guiana, played 5 times for Kent in the summers of 1934 and 1935.

Not surprisingly, the Kent County Cricket Ground is referred in The Spy Who Loved Me.

There happens to be a cricketer by the name James Bond as well, but he has not made it to the top league yet. His claim to fame has been limited to a couple of matches for the Malden Wanderers.

There are other ways in which cricketing connections enters the canon.

Ernst Stavro Blofeld, super-villain and head of the SPECTRE, who appears in Thunderball, On Her Majesty’s Secret Service, and You Only Live Twice, gets his last name from Thomas Robert Calthorpe Blofeld, Managing Director of Country Gentlemen’s Association. His son, popular commentator Henry Blofeld, described his father as ‘six foot six with a moustache and an eyeglass’.

When Bond is skiing away from Blofeld in On Her Majesty’s Secret Service, he refers to the distance between him and the arch villain as ‘a cricket pitch away.’

Cricket is often used in similar ways as reference for distance and size. In Octopussy, a scorpion fish takes off vertically and whirrs under Major Dexter Smythe’s belly, stinging him before catching the end of the villain’s spear. As a result, under his tan, Smythe notices a patch of skin of the size of a cricket ball turning white.

The only character to actually play the game in a Bond novel is Derek Mallaby in The Spy Who Loved Me. One of the men with whom Vivienne has a relationship, Mallaby is in the cricket eleven at Oxford and also plays a lot of tennis.

To get other cricketers, we have to move on to the movies. In the film version of Octopussy, the character played by Vijay Amritraj mentions that Kamal Khan plays cricket.

The game is not viewed in flattering light on the other side of the Iron Curtain. The communists often equate it with the trivial pastime of decadent Englishmen. In From Russia with Love, General Vozdvishensky, the head of RUMID, observes that the British are not interested in heroes unless they are footballers, cricketers or jockeys.

However, the case for cricket is made in typical Bond-tinged logic in You Only Live Twice by 007 himself. And in doing so, Fleming skilfully underlines the superiority of cricket in relation to baseball.

When Tiger Tanaka, head of Japanese secret intelligence service, shows Bond his ninjutsu training school, the British agent is aghast at the slashes to the groin that are absorbed by the combatants. He asks Tanaka about the gruesome blows and is told of the sumo wrestlers who invented the trick of making the testicles re-enter the body up the inguinal canal.

Baffled by the esoteric explanation, Bond introduces his Japanese friend to the cricketer’s box.  The dialogue that follows is priceless.

“It is what our cricketers wear to protect those parts when they go out to bat. It is a light padded shield of aluminium.”

“I regret that we have nothing of that nature. We do not play cricket in Japan. Only baseball.”

“Lucky for you, you weren’t occupied by the British,” Bond says. “Cricket is a much more difficult and skilful game.”

“Naturally; they want to sell you baseball equipment.”

Bond was always a master at keeping the British end up. 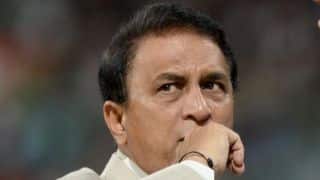 Sunil Gavaskar credits good fortune as reason for his success 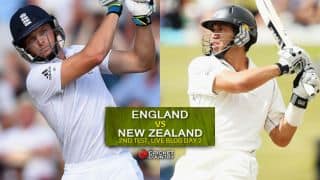