Both the first-two ODIs went down to the final over which leaves the third and final match to be an evenly poised game between Bangladesh and Afghanistan.

After a disheartening start to the three One0-Day International (ODI) series, Afghanistan have defied all the odds and bounced back emphatically in the second game and squared it against Bangladesh. They will now lock horns with the hosts in the series decider at Dhaka on Saturday. Had Afghanistan been able to soak in the pressure and control their nerves, they would have claimed the series by now as they lost the first game by a whisker in the final overs. They have shown some serious skills and stunned everyone with their approach; they are boosting with confidence and will look to punch above their weight in the high-voltage encounter. FULL CRICKET SCORECARD: Bangladesh vs Afghanistan, third ODI at Dhaka

Both the ODIs went down to the final over and the game was evenly poised till then. Bangladesh were lucky enough to snatch an improbable victory in the first encounter and give themselves a chance to battle it out in the series. But Afghanistan rectified what they did wrong in the first game and squared the series by winning the second encounter. One can expect another thrilling encounter as both the teams will give it all to clinch the series and walk away with glory.

Going by the form, Bangaldesh have just lost one game in their last five encounters so far while Afghanistan have just two in their last five games. But overall, Afghanistan have looked strong in the series so far. The pitch will too have a role to play as it was slow in the first encounter and assisted the spinners in the second. With some rain being forecasted on the final day, it will be interesting what kind of surface is offered to both the teams. It s a golden opportunity for Afghanistan to script history in the series and one can expect them to come out all guns blazing. Let s take a look at few key battles on which the result of the game will highly fare. ALSO READ: BAN vs AFG, 3rd ODI: Visitors’ likely XI

Tamim Iqbal vs Mirwais Ashraf: Tamim has been an instrumental opener for the side in this format. He is belligerent and can make the utmost use of the powerplay by garnering some quick runs at the top against the new ball. If he gets going, Bangladesh will find themselves in a comfortable position. Ashraf on the other hand was impactful with the new ball. He had two wickets to his name and got rid of both the Bangladeshi openers in the second game. Iqbal will look forward to settle the score in the third game and further seek revenge in the crunch game.

Soumya Sarkar vs Dawlat Zadran: Sarkar failed to make an impact in the previous game and will look to make his chances count in the series decider and get his team off to a flying start. Dawlat Zadran will be the man putting the hard yards from the other hand and will try to restrict Sarkar from getting runs. This battle will be interesting to watch as Sarkar has a knack of playing big innings.

Sabbir Rahman vs Rashid Khan: Rahman did not enjoy a fruitful run in the series so far and will have to step up with some noteworthy performance if Bangladesh are intending to win this game and with it the series. He bats in the middle order and his primary role is to get some quick runs. Rashid meant business in the previous game with three wickets to his game. His wily leg-spin can create problems for the right hander as it famously did in the second game. ALSO READ: BAN vs AFG 3rd ODI, Preview and Predictions: Visitors’ aim to create history

Shakib Al Hasan vs Mohammad Nabi: Shakib failed to fire in the second game but did a good job in the first encounter. He is easily one of the best all-rounders in the game and can turn the game single-handedly. Shakib has the ability to shift gears and score brisk runs. Nabi s off-spin will test Shakib s skills as the ball will move away from the right-hander. This will be a key battle in the game and either of their success will benefit massively to the side.

Mohammad Shahzad vs Shakib Al Hasan: Shahzad has been a useful contributor for Afghanistan at the top and is known for his belligerent approach. He is innovative and well equipped to score some quick runs. Shahzad as a right-handed batsman could face trouble in attacking Shakib as the lefty-arm spinner will get the ball to move away from him. Shakib has been an outstanding bowler and varies his pace sensibly.

Mohammad Nabi vs Mashrafe Mortaza: Nabi played a match-winning knock in the precious game and bailed his team out of crisis. He is a smart cricketer and knows how to place his innings sensibly. Mortaza on the other hand is known for maintaining his tight line and length. Mortaza s duty would be to get rid of the opposition captain as early as possible and further break the spine of Afghanistani batting attack.

Asghar Stanikzai vs Mosaddek Hossain: Mosaddek did a good job in the second game and got the better of skipper Stanikzai, who has been Afghanistan s one of the pillars of strength. Mosaddek will once again look to replicate his performance and sent Stanikzai back in the ultimate game of the series.

Najibullah Zadran vs Taskin Ahmed: Taskin is quick; he steams in to take the batsman for surprise with his menacing pace. Najubullah is considered to be one of the key players of Afghanistan and Taskin will certainly look to get rid of him in the thrilling final. 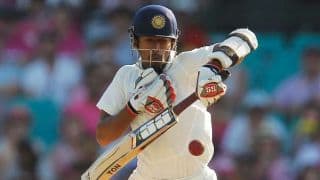