In 2 Tests, Mehedi Hasan playing his debut series for Bangladesh scalped 19 wickets, at an average of 15.63.

Bangladesh were playing their first Test series after a gap of 14 months. Nothing supremely was expected from them, who were against the high and might of England. England were both dominating and complacent against Pakistan in their final Test series at home this season, which ended on 2-2. Bangladesh on the other hand, had players’ who were well practiced by playing One-Day International (ODI) and Twenty 20 cricket, which included home series wins against Pakistan, India, South Africa and Afghanistan. Honing Test skills are all together a different ball game, but Bangladesh were up for it no matter who or what the opposition had to offer. England who were touring Bangladesh in preparation for their 5-Test series against India in November, were in store for an impending surprise from the Bangladeshi Tigers. FULL Cricket Scorecard: Bangladesh vs England, 2nd Test at Mirpur, Dhaka

Bangladesh skippered by Mushfiqur Rahim included a mixture of young and reputed faces in the team to play against the touring English party. In the very first Test at Chittagong Bangladesh decided to field as many as three debutants which included Mehedi Hasan (more on him later), and Sabbir Rahman, who by the end of the game was left stranded as he witnessed visitors rejoiced a victory in a closely contested game by 22 runs. Coming to the second Test at Dhaka, hosts would have been brimming with confidence post their fightback and that reflected his their gameplay. Mehedi and Shakib-Al-Hasan turned the game right on its heads in a matter of a session to gift their fans a historic Test win, over once their rulers England by 108 runs.

Let s glance through the report card about how the Bangladeshi Tigers roared in the 2-Test series:

Mehedi Hasan (10/10): Still just 19 years of age, Mehedi Hasan turned out to be a shocker for the visiting England side. Already known for their poor record against spin, wily offie Mehedi outwitted his more superior counterparts with this mystery spin. Mehedi used conventional off-spin to hound over the likes of Joe Root, Alastair Cook and company.

Mehedi accounted for 19 wicket at 15.63, which included as many as three five wickets haul.

Shakib Al Hasan (8.5/10): Bangladesh s most accomplished all-rounder went from a position of strength to strength. Shakib with his bowling abilities was more dangerous on spin friendly pitches, which enabled him to turn the tides in favor of his team on many occasions. Even with the batted Shakib ensured that his team was never in much deficit.

Shakib ended as the second highest wicket-taker with 12 scalps to his name. With bat in hand, Shakib accumulated 106 runs in 2 games.

Tamim Iqbal (8/10): England main tormentor in their past many series against Bangladesh, Tamim Iqbal continued his prolific form. Tamim s century on Day One of the second Test was testimony to the fact he scores run against big teams. Tamim not only scored runs but also made sure that it came at a quick pace. He also has the most number of boundaries to his name in the series from both sides (26.)

Imrul Kayes (7/10): Imrul Kayes along with Tamim were the architects of Bangladesh s win over England in the second Test. Imrul Kayes knock of 78 ensured that his team stockpiled enough runs to bowl England out. Kayes even in the first Test looked good but did not make full use of the opportunity.

Mahmudullah (6.5/10): Mahmudullah s contribution in the second inning of the Dhaka Test cannot go unnoticed. In a match were every single run was like gold, Mahmudullah struck a vital 47 run off 57 balls ensuring that Bangladesh were never behind the eight ball. Mahmudullahs 86-run stand with Kayes was a match winning partnership. Mahmudullah also batted well in the first Test making 38 runs in the first innings.

Mahmudullah made 115 runs in 2 Tests.

Taijul Islam (6/10): With spinners ruling the roost, Taijul Islam would be ruing his chances of not getting more than 7 wickets. Taijul mainly played a part of relief bowler for Bangladesh when Mehedi and Shakib needed rest. Taijul s 3-wicket spell in the first innings of Dhaka Test reaped sweet rewards for the hosts.

Mushfiqur Rahim (6/10): Mushfiqur Rahim may have had a decent series with the bat but his captaining skills were at full display. Rahim decision to include youngster Mehedi was a masterstroke also including Sabbir Rahman paid off. Rahim was more proactive and at his talkative best. Rahim in the first Test made valiant 48 and 39 runs, which brought his team to near victory.

Sabbir Rahman (5.5/10): Sabbir Rahman playing his first Test series did not show any signs of nervousness in a bid to try gain a historic win for Bangladesh at Chittagong. Sabbir stood like a wall amidst all the collapse his team suffered. Sabbir almost got his team to the cusp of victory remaining unbeaten at 64 in his debut match only to be consoled by Joe Root and Alastair Cook.

Mominul Haque (5/10): With a batting average of 51.66, Mominul Haque was expected to guide himself to easy runs in the series. Mominul showed sparks of brilliance at Chittagong, but really came into his own when the time was right. Mominul struck a crafty 66 off 111 balls in the first innings at Dhaka, in accordance with Tamim Iqbal, who was on a rampage himself. Mominul s partnership with Tamim of 170 runs proved to be instrumental in Bangladesh s victory.

Mominul collected 94 runs in 2 matches he featured in.

Few other players who contributed to the success of Bangladesh have not been rated because they featured in only one Test or have been not given much chance to exhibit their talent, hence it would be wrong on our part to rate them.

Shuvagata Hom who played in the second Test at Dhaka, showcased his knack of brutal hitting abilities. Hom played according to the situation and rocketed to a 28-ball 24 handing his team some much needed impetus.

Kamrul Islam Rabbi who made his debut in the Chittagong Test did not get much chance to show his talent as Bangladesh spinners made merry on spin friendly tracks. 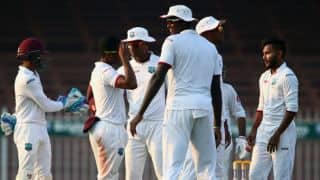 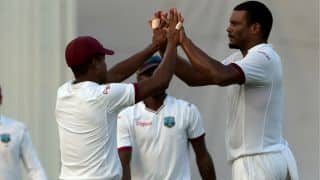