There were quite a few interesting tussles witnessed on the ground in the first match and the second ODI is expected to be no different. On the eve of the crucial second game, let us take a look at prospective battles between individuals involved in the contest.

After a thumping win over Sri Lanka in the first One-Day International (ODI) of the three-match series at the Rangiri Dambulla International Stadium, on Saturday, Bangladesh proved that the win over the hosts in the second Test few days ago was not a flash in the pan. Maintaining their consistency in the limited-overs games in the Indian subcontinent, Bangladesh registered a solid 90-run win to go 1-0 up in the series. Senior pros Tamim Iqbal and Shakib Al Hasan and Sabbir Rahman were the architects of their win with the bat. Young Mosaddek and another experienced batsman Mahmudullah also chipped in with useful contributions before the bowling unit rose to the occasion. FULL CRICKET SCORECARD: Bangladesh vs Sri Lanka 2nd ODI at Dambulla

There were quite a few interesting tussles witnessed on the ground in the first match and the second ODI is expected to be no different. On the eve of the crucial second game, let us take a look at prospective battles between individuals involved in the contest, ones which could eventually determine the outcome of the game, here:

Tamim Iqbal vs Suranga Lakmal: The player of the match in the first ODI, Tamim was unstoppable. His knock of 127 from 142 balls comprised of 15 fours and a six. The batsman came out with the intent of batting till the end and almost succeeded in it, getting dismissed only on the penultimate ball of the 48th over. It was due to his knock that Bangladesh could go past 300-run mark. Tamim smashed almost all the Lankan bowlers out of the park, barring Suranga Lakmal and Lakshan Sandakan to some extent. Lakmal, in particular, kept Tamim quiet upfront. The second game will once again set up a clash between the two, with both looking to outsmart each other.

Asela Gunaratne and Lakshan Sandakan vs Bangladesh s middle order: Sandakan, the Chinaman bowler, bowled well to contain the middle part of Bangladesh innings. He even sent back the danger-man Mushfiqur Rahim (1) early. Sandakan was well assisted by Asela Gunaratne, easily the best Sri Lankan bowler in the first game in terms of runs conceded. Both did a decent job in containing the opposition. However, it was the lack of wickets that hurt them. In the second game, they will look to get more wickets while the likes of Mushfiqur and Shakib will aim to go big against them.

Sri Lanka s death bowling vs Bangladesh s lower order: Sri Lanka s death bowling was torn apart by the Bangladesh batsmen, especially the lower order. While Tamim and Shakib carted the Lankan bowlers all over the park in last 5-8 overs, Mosaddek 24(9)* and Mahmudullah 13(7)* were severe on them towards the end. As many as 109 runs came of the last 10 overs and 35 came of last 12 balls. Sri Lanka will look to improve their death bowling in the second ODI. If they fail again on this front, they will have to brace themselves for yet another Bangladeshi onslaught as well as severe criticism from the media at home.

Mashrafe Mortaza and Mehedi Hasan vs Sri Lanka s top order: In pursuit of a massive target, Sri Lankan top order was jolted early on by the Bangladeshi captain Mashrafe Mortaza. The veteran bowler sent back Danushka Gunathilaka for nought on the third ball of the innings. The first two overs he bowled were maidens. Debutant spinner Mehedi Hasan shared the new ball with the skipper and sent back Kusal Mendis for 4. Both the bowlers ended with 2 wickets each and kept things tight, drying up runs in the process. The second ODI will once again be a witness to the clash between Bangladesh s strike bowling and the Lankan top order, which failed miserably in the first ODI.

Mustafizur Rahman vs Sri Lanka s lower order: You just can t keep Mustafizur The Fizz Rahman out of action. The lanky left-arm pacer, who was introduced into the attack only in the 19th over of Sri Lanka s innings as the third change bowler, returned with 3 wickets; the most by a Bangladesh bowler in the match. He picked up the wickets of Sri Lanka s No. 6, 8 and 9, namely Milinda Siriwardena (22), Thisara Perera (55) and Lakmal (8). Two of the 3 wickets he took were crucial in the context of the match. He will look to go about his business in the second game as well, while Sri Lanka s lower order will look to negotiate with him in a much improved manner. 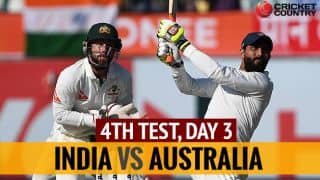 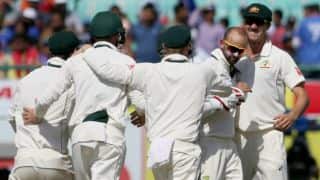