So let s see some of the key battles that may unfold in the third and the last ODI of the series at Sinhalese Sports Club, Colombo.

Hardly anyone would have expected Bangladesh to give such a spirited fight to Sri Lanka in their own den. It first started in the second Test at P Sara Oval where the visitors managed a slender 4-wicket win to level the Test series at 1-1. Coming into the One-Day Internationals (ODIs), Bangladesh continued with a mettlesome performance to go 1 up in Tamim Iqbal inspired – first ODI by thumping Sri Lanka by 90 runs. Sri Lanka came refurbished in the second ODI at Dambulla, riding on Kusal Mendis 102. But the weather had other plans and the game never took off from the second innings eventually getting abandoned. FULL CRICKET SCORECARD: Bangladesh vs Sri Lanka 3rd ODI at Colombo

With the last ODI in sight, two teams will come in with two different intentions which only mean a more crackerjack of a contest. So let s see some of the key battles that may unfold in the third and the last ODI of the series at Sinhalese Sports Club, Colombo:

Cricket vs Weather: A game of cricket can never be boring, but persistent rainfall amidst a good game of cricket is boring. The second ODI saw a good riveting contest shut down before it could unfold. Sri Lanka would have been disheartened to see their hard work of 311 runs getting washed up by rain. Just like the second ODI, the third ODI to has rain forecast late afternoon showers capable enough to spoil the good game of cricket.

But given the point where the series is at present, no one would want such a series to end with water all over it. So let s just hope for a good weather wherein we see all the 100 overs bowled with some interesting cricketing action to witness.

Danushka Gunathilaka vs Mashrafe Mortaza: Danushka Gunathilaka has been dismissed by Bangladesh skipper Mashrafe Mortaza twice in as many matches this series. The 26-year old left-handed batsman has had his share of problems facing Mortaza. The Bangladesh captain has bowled excellent deliveries pitching it on the good length and also mixing it up with off-cutters. These variations have got the better of Gunathilaka.

Will Mortaza got Gunathilaka the third time in the series or the story will be different this time?

Taskin Ahmed and Sri Lanka middle-order: Taskin Ahmed was unplayable in the second ODI. He swung the ball both ways and excluding centurion Kusal Mendis, none other Sri Lankan batsmen looked comfortable against him. Taskin bowled with a lot of pace at Dambulla and he bowled with a lot of accuracy which is very rare in his spells. Despite Sri Lanka scoring more than 6 runs per over, Taskin finished with impressive figures of 4 for 47 in 8.5 overs. So Sri Lanka s middle-order needs to be wary of Taskin his bowling because if he resumes at where he left from in the previous game, the Bangladesh speedster will do a lot of damage.

Kusal Mendis vs Bangladesh bowlers: Mendis was in superfluous form in Dambulla. He scored his maiden ton at a much-needed time and while doing so displayed all signs of a world class batsman in making. He was in sublime touch. There were free-flowing drives, calculated late-cuts and apt use of feet against the guile of Mehedi Hasan, whereas there were sweetly timed shots splitting through the fielders against the pacers.

Tamim Iqbal vs Sri Lanka bowlers: Tamim could not bat in the second ODI, but his knock of 127 from the first game would still be fresh in Sri Lanka bowlers. Despite they playing in their home conditions, the hosts found it tough to contain Tamim who elevated form. Tamim has been in great nick this tour right from the Test series and he looks all poised to continue in the last 50-over game. 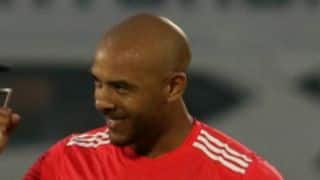