The shocking decision to ban a group of 30 English county cricketers from practising in India is another step by the BCCI in alienating itself from the rest of the cricketing world, writes Karthik Parimal. 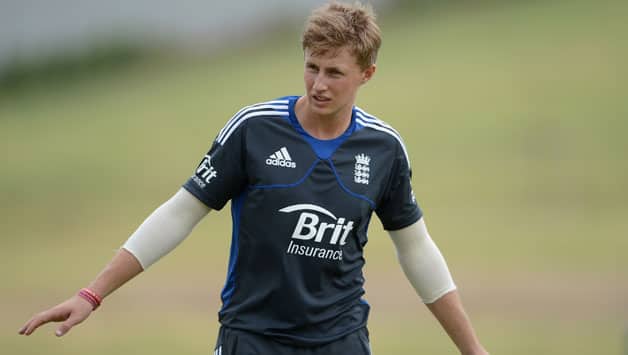 Joe Root (above) and Steve Finn were a part of the England Performance Programme team, which played in India against club-level sides © Getty Images

The shocking decision to ban a group of 30 English county cricketers from practising in India is another step by the BCCI in alienating itself from the rest of the cricketing world, writes Karthik Parimal.

Seldom have governing bodies in cricket been in the good books of the general audience. More often than not, the players are commended when the sailing is smooth, whereas the boards are the first to draw flak during defeats. In a country like India, where emotions run high, it is all the more arduous to please the cricketing audience on a consistent basis. The Board of Control for Cricket in India (BCCI) was castigated after India’s quick exit during the 2007 World Cup, but very few attributed the World Cup triumph four years later to the administrators.

But, as is often said, there is no smoke without fire. The BCCI has made headlines for all the wrong reasons during recent times. Whether it has done enough for the masses, or players, in India can lead to a whole other debate, but it has become evident that the rest of the cricketing world and BCCI are no longer on the same page. The Decision Referral System (DRS) application tops the list of disagreements, and the differences have slowly but surely started to spill over into other areas as well; the decision to ban a group of 30 England cricketers from practising in the country being a case in point.

Apparently, it is believed to be an angry reaction by the Indian officials in response to the recently-concluded Test series in which the English trumped the hosts by a margin of 2-1. If that is true, it’s tomfoolery. To ban a bunch of county players and fretting that an undue advantage could be conceded by allowing them to acclimatise to the conditions is absurd. The move mirrors self-doubt, and it does not augur well for the future of Indian cricket.

Also, “The BCCI is thought to be particularly annoyed that Joe Root, who made such a stunning Test debut in the final Test in Nagpur, had already had such vast experience of Indian conditions before that debut,” writes Steve James in The Telegraph. Root and Steve Finn were a part of the England Performance Programme team, which played in India against club-level sides, alongside the India-England Test series that took place in the December of 2012. Finn and Root were scheduled to play the next Test, and the BCCI officials, apparently, weren’t pleased and expressed the same to the England & Wales Cricket Board (ECB).

It is surprising that a board that fields one of the best teams in international cricket is apprehensive about letting players from other parts of the world get used to subcontinent conditions. Why then does it let a huge chunk of overseas players take part in the cash-rich Indian Premier League (IPL) every year? Would it not help if it allowed the Indian cricketers to feature in leagues all over the world, or at least county cricket, instead? Being overly-defensive could prove to be costly; like we’ve seen so often in football, the side that looks only to defend, during the dying minutes of the game, more often than not ends up conceding a goal.

With such an approach, the BCCI are burning all bridges that connect them to the rest. However, it can formidably be opposed only if the rest of the boards take a firm stand. During a recent International Cricket Council (ICC) executive council meeting in Dubai, president N Srinivasan turned down a proposal that was in favour of a policy change where the approval of the host country would be enough to implement the DRS. Apparently, he made it clear, in no uncertain terms, that India would pull out of such bilateral series where the home side could insist on the DRS. The rest of the committee, except England, did not try to put up a fight, which is surprising.

If the rest of the boards cannot muster up the courage to oppose, then they must take care to not whine about arrogance from the sidelines too.

On the other hand, it could augur well if the BCCI looked inward and into Indian cricket to help it scale peaks again. There are a lot of issues that need immediate attention – the quality of pitches, the format and points system of domestic cricket and women’s cricket come readily to mind. Once such predicaments are taken care of, there is little doubt that the rest of the pieces will fall into place. It is often said that with great power comes great responsibility, and as one of the world’s richest sporting bodies, the onus lies on BCCI to take the game of cricket forward.