Barbados Tridents go up against Cape Cobras in match 12 of CLT20 2014.

Caribbean Premier League (CPL) 2014 champions Barbados Tridents take on the South African rivals Cape Cobras in the 12th game of the ongoing Champions League T20 (CLT20) 2014 tournament on Friday. Devarchit Varma lists down the likely eleven that the Caribbean side will field.

Barbados Tridents will look to put behind the disappointment of the loss to the runners-up of the Indian Premier League (IPL) 2014, Kings XI Punjab, and put up an impressive show against the struggling Cape Cobras side. The team from South Africa has played two games, losing both matches. On the other hand, the Tridents will be hurting after the loss in their only match so far in the tournament and they would be eager to bounce back.  The Tridents began on an impressive note against the KXIP, and that sort of performance will give them the necessary confidence. In all likelihood, the Caribbean champions would be retaining their playing eleven. Let’s take a look at the team combination:

Top-order: The presence of the dashing Sri Lankan batsman Dilshan Munaweera along with William Perkins and Raymon Reifer provides the Caribbean side a good chance to get off to strong starts. In the last match they were very impressive in the beginning with Munaweera and Reifer getting half-centuries. Even Perkins, who scored only 10 in the match versus KXIP, looked focussed on the task in hand, and the Tridents will aim to make another strong start in this clash. Having runs on the board is a must in any format of the game, and the Tridents will hope that their top-order fires once again.

Middle-order: The Caribbean champions boasts the likes of the dangerous Kiwi batsman James Franklin and Zimbabwe’s Elton Chigumbura, along with Jonathan Carter

in the middle-order. While many sides in this tournament prefer to fill up their eleven with as many batsmen as possible, the Tridents have given both batting and bowling departments’ equal personnel. The absence of a renowned hard-hitting batsman lower down the order does highlight Barbados Tridents’ shortcoming, but if the top and the middle-orders go all guns blazing like they did in the last game, they will not feel the absence of a quickfire batsman.

Lower-order: The Barbados Tridents have a strong bowling attack which comprises Sri Lanka’s Jeevan Mendis, Jason Holder, Ravi Rampaul, Ashley Nurse and skipper Rayad Emrit. The Tridents have a strong mix of slow and fast bowlers and the international experience that their two bowlers — Rampaul and Holder — have playing in India in various formats should be enough to form a strong strategy. On his day, Mendis can be a lethal bowler. In the last game, he was mighty impressive with the figures of 4-0-18-2 despite his side lost the clash. Rampaul, however, will have to learn to control the batsmen as he was punished by the KXIP batsmen who added 50 runs off him, despite the right-arm pacer taking two key wickets. 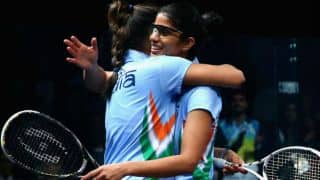