As Don Bradman was busy annihilating the Englishmen at their den in 1934, there were others who turned the course of events to their benefits. This is the story of one of them.

1934. The Don Bradman juggernaut had steamrolled England throughout the summer. His 758 runs came at 94.75. Ahead of Bradman (the newly-appointed vice-captain) in averages was Bill Ponsford (569 at 94.83), while Stan McCabe s 483 came at 60.30. And Bill O Reilly and Clarrie Grimmett shared 53 of the 71 wickets that fell to bowlers.

The authorities of Bradman and Ponsford were firmly stamped on English souls. If Bradman s 2,020 runs in all First-Class matches came at 84, Ponsford matched him with 1,784 at 77.56. When Bradman scored 304 at Headingley (his second Test treble at the ground), Ponsford got 181. They added 388, then a world record for any wicket.

When Bradman followed that with 244 in his next innings, Ponsford beat him with 266 and combined for a new world-record partnership of 451. These were Ponsford s final Test innings.

Few teams could have held the fort against a line-up that formidable. Hedley Verity did win England the Lord s Test with 14 wickets on a single day, but Australia brushed aside the memories of Bodyline. Bill Woodfull regained The Ashes on his birthday for the second time (after 1930), and that was that.

Then, while making his preparations for the trip back home, Bradman suddenly experienced severe abdominal pain. Almost a day passed before acute appendicitis was diagnosed. The surgery (by Sir Douglas Shields) took four hours; and peritonitis near-incurable in 1934, for usage of Penicillin and sulphonamides was still in an experimental stage set in. He needed blood, and needed it urgently.

On September 25, the hospital called for blood donors. The response was overwhelming to the extent that the hospital had to deny people entry and take the telephones off the hook. George V, then King of England, called Bill O Reilly, insisting on regular updates of Bradman.

Far away, Jessie Bradman was travelling to England on a ship (it took a month in those days). News arrived that her husband had passed away. Thankfully, the telephone came to her rescue. By the time she reached London, Bradman was already undergoing his recovery.

But we digress a common tendency among chroniclers when it comes to Bradman. As Bradman was busy annihilating the Englishmen at their den, there were others who turned the course of events to their benefits.

The anecdote involves a Brisbane paperboy, who came up with an ingenious idea to boost the sales of his newspapers. He got a poster made the type of thing the city newsboys carry around before them as the knights of old carried their shields . While the poster was a common concept, the text (in enormous block letters) was not what you would expect:

BATTERY FOUND IN HIS BAT!

With Google News or social media decades away and the radio set sitting smugly at home, the passersby bought the newspapers with frenzy comparable to that of the blood donors mentioned above.

The news was obviously without an iota of truth. But as observant readers might have theorised by now, had he been born in the 1990s or thereabouts, the boy would have mastered the art of click-baiting. 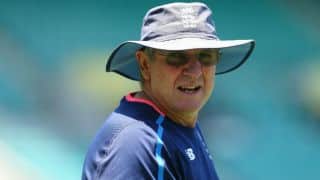 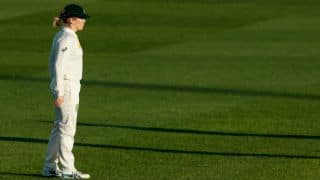