India were the first team to adopt the DRS system but opposed it after the Sri Lankan tour in 2008.

India lost the first Test of the three-match series against Sri Lanka at Galle after getting a handy lead of 192 runs in the first innings. India were at the wrong end of many umpiring decisions, though those do not excuse India for being unable to chase down 176 on a fairly decent Day Four pitch. That being said, Nikhil Popat believes it is time India and BCCI adopt DRS.

India and umpiring decisions have been making a story for all to read and talk about ever since the infamous Sydney Test in 2008. India were the first team to adopt the Decision Referral System (DRS) after that series in Australia. Things though did not work in India’s favour though; they not only lost the Test series but India failed to use DRS the right way, and the Board of Control for Cricket in India (BCCI) have stood against DRS ever since. Things might change now though, after growing levels of bad umpiring has often cost India in crucial situations in Test matches in the past year. Read: Virat Kohli: India need to rethink about the importance of DRS

On India’s tour to Australia in 2014-15, Shikhar Dhawan, Ajinkya Rahane, and Wriddhiman Saha were all given out wrongly in the first Test at Adelaide. Later, Cheteshwar Pujara and Ravichandran Ashwin were on the receiving end of a couple of poor calls in Brisbane. India lost both those matches, and subsequently they lost the series 2-0. There were whispers about India reconsidering their stance on DRS but nothing came of it.

After the first Test against Sri Lanka at Galle, this might change. In the first session of the game, Kaushal Silva was given out caught behind when the ball had clearly brushed his arm guard on the way. Silva had to quietly walk back knowing there was no option of reviewing it. On Day Two, Dhawan got a reprieve on 79 when he was trapped in front of the stumps off the bowling of Tharindu Kaushal. India were cruising then after bowling out Sri Lanka for 183. Had Dhawan fallen then, India might have collapsed. Virat Kohli and Ajinkya Rahane were adjudged out leg before to balls which would have spun down the leg side. Saha was given out caught off the helmet for a score of 60.

The level of umpiring went from bad to worse on Day Three, again costing India. The visitors had taken a lead of 192 runs and had the Sri Lankan team in tatters at 95 for 5. Dinesh Chandimal was on just 4 when there was an appeal for a catch at backward short leg. The ball had brushed the side of the bat and the Indians could not believe how that could be not out.

Lahiru Thirimanne was yet to get off the mark when a big leg break from Amit Mishra got an edge from the bat of the batsman only for umpire Nigel Long to deny India another wicket. One often refers to such calls as part and parcel of the game but this was another howler and things went downhill for India after that. Read: India vs Sri Lanka 2015: Lack of DRS hurt Sri Lanka and overall fairness of game badly

Chandimal, then on 10, got another reprieve as a close call went in his favour when his drive went off Rohit Sharma’s boot and then to the fielder. Mishra caught and appealed but this time even the third umpire ruled it in favour of the batsman. In a span of three overs, India had been denied three wickets. It is difficult to recover from a blow like that.

India then were batted out of the game with a superb knock from Chandimal who made most of the reprieves that he got. He added 125 runs with Thirimanne, who scored 44, and was unbeaten on 162 when the last wicket fell. Sri Lanka had a lead of 175 runs by then, and the game went into Day Four, which meant that India had a tricky chase in front of them.

It was not that only India were the only ones on the receiving end of poor umpiring; Sri Lanka too got at the wrong end of two decisions. The level of umpiring was not at its optimal best and it cost a fair game. India will be ruing the way they collapsed on Day Four but deep down it comes down to them and the BCCI accepting DRS to ensure at least those decisions are reversed. Read: Why BCCI is absolutely right in opposing DRS

DRS still has issues, but the howlers will certainly be removed from the game. The umpires are missing genuine edges and being unable to spot no balls regularly. There are have been plenty of occasions on which batsmen have been dismissed off no balls but they are checked only because of a dismissal. One wonders how many such no balls go by without the umpire noticing.

India might have wished for a perfectly working DRS but for now it seems to be costing them more than needed and it would be wise to get in line with the rest of the world and accept that some correct decisions are better than no good decisions. 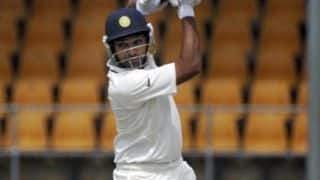 POLL: Should Rohit Sharma be picked for the 2nd Test against Sri Lanka at Colombo? 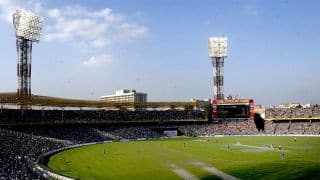 Poll: Which is your favourite ground in India?