The possibility of a probe against Haroon Lorgat for his tussle with the Indian board is just another addition to the high-handed attitude of the Board of Control for Cricket in India (BCCI). Abhijit Banare looks at the consequences that come about due to the attitude from the Indian board and the changing trends of fixing series schedules to meet financial demands. 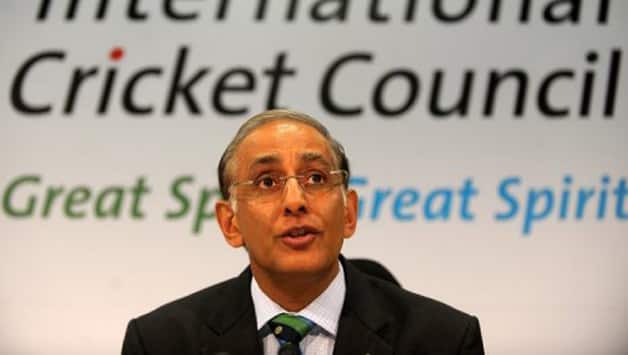 The possibility of a probe against Haroon Lorgat for his tussle with the Indian board is just another addition to the high-handed attitude of the Board of Control for Cricket in India (BCCI). Abhijit Banare looks at the consequences that come about due to the attitude from the Indian board and the changing trends of fixing series schedules to meet financial demands.

Cricket South Africa (CSA) CEO Haroon Lorgat is a distressed man these days. When he was doing his job at the International Cricket Council (ICC), he never imagined just two years since the ICC World Cup 2011, he would be hounded in the way he has been. And the situation has reached such an extent that the tables have been turned and the CSA chief is being projected as a thorn in the flesh. After a series of pestering and pampering the ego of the Board of Control for Cricket in India (BCCI), a half-hearted series, as one may refer to it, has been finalised. However, CSA is in such a spot, considering the finance at stake they have been forced to keep aside Lorgat at the behest of the Indian board.

The high-handedness of the BCCI is not something happening behind the scenes but one which is there for everyone to see. Every time BCCI takes what comes across as extreme steps, there is enough scope for deep mistrust to breed between the board and the concerned nations. Somewhere down the line, the BCCI has taken it for granted that it’s a privilege to play against India and they have the unwritten right to dictate terms when dealing with the arrangement of a series. With such deep mistrust, boards around the world may well be treading cautiously in dealing with the BCCI. But is there a chance of surviving in international cricket without dealing with them as well.

If the Indian board stays with a perception that it is other countries who want to play cricket with them then they are entering into a rabbit hole. There will always be a way out for others. The insertion of yet another South Africa-Pakistan series is one such example. With a large part of the revenue going down the drain thanks to a curtailed series, the pressure has been released by amicably arranging a series with Pakistan who are keen on playing whatever comes their way. One of the reasons why such short, unplanned tours will be on the rise is the potential to earn small chunks of revenue through broadcasters and sponsorships.

Television revenue is of utmost importance in modern-day cricket. It is quite possible that other members may feel they are better off being in that position than dealing with the BCCI for  revenue.

South Africa–Pakistan matches are the new India-Sri Lanka encounters — played countless times. There was no need for an irrational ODI series, but both countries have an opportunity to generate some much-needed finance.

Star players are one part, but they will always retire one day. But what is going to remain exciting is an evenly contested match between any two sides. Broadcasters don’t mind as long as there is an audience attracted to evenly-contested encounters. The 2007 World T20 was a new concept for the Indian audience sans big names playing in it. Yet the audiences were glued to it.

It would be interesting to see if such trends of arranging short series increases for revenue purposes. In fact it also opens up a debate of whether such series will increase the number of inconsequential T20s and ODIs as well.

Salaam Sachin conclave:  When he won't wear the India cap from the November 18, it will be a big change for him, says Ajit Tendulkar