While Rohit Sharma fans rejoiced with tears of joy, one man had tears of pain.

Only two cricketers have been honoured with Rajiv Gandhi Khel Ratna Award Sachin Tendulkar and MS Dhoni. Virat Kohli might be the third cricketer to be honoured with the prestige. Anurag Thakur was quoted as saying, “Looking at the performances of Virat Kohli and Ajinkya Rahane, the BCCI has nominated their names for the Khel Ratna and Arjuna Award. I am sure both players have done extremely well in the past and they are going to do well in future as well.”

Kohli’s talent and translation of the same has taken him places and he is now regarded as one of the best batters in the world. While most cricket fans rejoiced this, one man is sad and gloomy. Rohit Sharma, India’s original talent man had always dreamt of this award and thought he would beat him in the race to the honour. READ: MS Dhoni makes stunning revelation ahead of RPS-MI IPL 9 clash; to take up full-time bowling

Rohit, no doubt, is an important Indian player and having won the Arjuna Award last year, he is livid at not being nominated for the prestigious Rajiv Gandhi Khel Ratna.

If Rohit is talented, Rajiv Shukla can be best described as multi-talented. Politician, journalist, television host and now the IPL chairman, Shuklaji could well understand if a real talent goes uncredited.

Powerful man that he is, he requested the BCCI to institute a top IPL performer award after his name and the Indian cricket board budged to Shukla’s request. Next BCCI awards, Rohit is all set to be the first recipient of the ‘Rajiv Shukla IPL Ratna Award’. Now, that is some honour.

While Rohit fans rejoiced with tears of joy, one man had tears of pain. Hurt for being overlooked at his incredible achievements in IPL, Dhoni was seen weeping in front of N Srinivasan’s photograph and the Tare Zameer Par music played in the background ‘Meri Maa’, however, lyrics were slightly altered to ‘Mera Mama’. 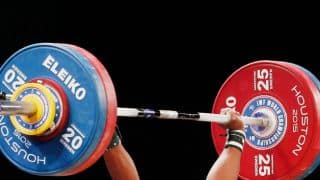 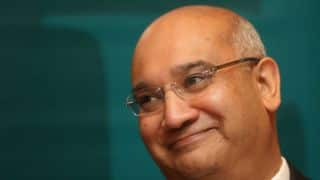