The Board of Control for Cricket in India (BCCI) and Cricket South Africa’s (CSA) standoff might well see a curtailed Test series between India and South Africa later this year. The sudden announcement of a tour by West Indies is an unprecedented move which puts the scheduling of the Future Tours Programme (FTP) in question. Sarang Bhalerao explains how the tussle between the boards of India and South Africa is not good from the cricketing viewpoint. 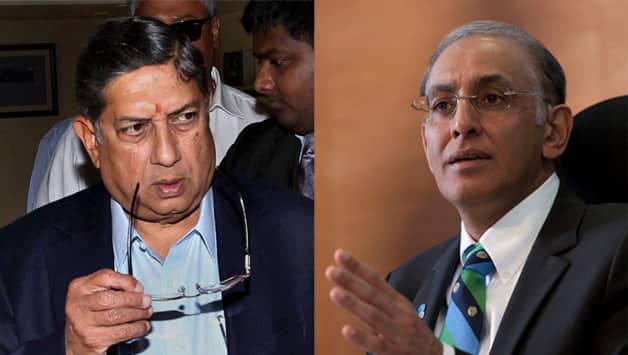 The Board of Control for Cricket in India (BCCI) and Cricket South Africa’s (CSA) standoff might well see a curtailed Test series between India and South Africa later this year. The sudden announcement of a tour by West Indies is an unprecedented move which puts the scheduling of the Future Tours Programme (FTP) in question. Sarang Bhalerao explains how the tussle between the boards of India and South Africa is not good from the cricketing viewpoint.
Taking a historical perspective we come to know the relations between India and South Africa have never been amicable. During most parts of the 20th century, India condemned the apartheid policy. India even conceded the 1974 Davis Cup to the South Africans and lost the golden opportunity to win the coveted title.

In the 1990s, India played a huge role in officially readmitting South Africa in the international cricket. In 1991, South Africa, under Clive Rice, toured India played for a One-Day International series. Later India toured the South Africa for a full-fledged series. The series was called ‘Friendship series’ and the bond between the two nations grew over the years.

In 2009, the South African board reciprocated India’s gesture by organising the Indian Premier League (IPL) on short notice. The general elections in India were responsible for the BCCI’s predicament, but CSA stepped in and the tournament went well. So what is wrong with the two boards then?

The issue, according to the BCCI, is Haroon Lorgat. The erstwhile ICC CEO who is now the chief executive of CSA, raised his voice with the argumentative issue — the Decision Review System (DRS). The BCCI has been firm on its stance of not implementing the DRS unless it is foolproof. Lorgat pushed for DRS, which irked the BCCI.

There was a Lord Woolf Commission which was appointed by Lorgat to do an independent review of the affairs of the ICC post the 2011 World Cup. The report implied at restructuring of the executive board of the ICC and to make it more independent and corporatized. This also meant less command from the powerful nations.

If Lorgat’s implementations were indeed brought into reckoning, the first person to be affected would have been N Srinivasan who at the time of the proposal of the recommendation was the Chennai Super Kings boss and the BCCI boss. It is not a rocket science in what Lorgat was hinting at.

To make the matters worse, CSA brought out the tour itinerary without consulting the BCCI. It is not surprising that BCCI would get back at South Africa. Proposing a home series against the West Indies and curtailing the South Africa tour was the first slap on the face of CSA. In 2010-11, the Times of India reported that CSA generated Rs 400 crore when India had toured the Rainbow Nation. This was Rs 100 crore more than what they usually do.

Anything under three Test matches on the tour of South Africa will be a disaster. For starters, it is important to play more Test matches against a quality side since it provides sufficient time to make up for the lost ground. A two-match series against Zimbabwe and Bangladesh is plausible, but quality sides should not indulge in just two-Test series.

This tour is supposed to be a litmus test for India considering their previous struggles on South African soil. Dale Steyn, Morne Morkel and Vernon Philander against Shikhar Dhawan, Cheteshwar Puajra, Sachin Tendulkar and Virat Kohli. The challenge just gets engrossing. Playing two Test matches might just rob the fans of quality Test match cricket. This is the last thing Test cricket needs, especially at a time when T20 leagues are mushrooming all across the globe.

The relations between the BCCI and CSA are sour. The once amicable relationship when Gerald Majola was the CEO has now turned bitter and it continues to worsen. There has been no official word from the BCCI as the officials are tight-lipped about the entire episode. Their actions speak. The big question is will BCCI get what they want, yet again?