Bengal are kicking off their campaign with an away match against Karnataka.

The 2015-16 Indian domestic season is about to commence from October 1 and Bengal will be one of the dark horses. They have talented cricketers on their ranks; new coach Sairaj Bahutule and the guidance of VVS Laxman, Muttiah Muralitharan as well as Sourav Ganguly. Still one feels this team lacks the knock-out punch; they don’t think like champions. Somewhere down the line, there is lack of self-belief. At times Bengal cricketers sulk too much rather than concentrating on performing with bat and ball. Sandipan Banerjee previews their chances for the upcoming season.

After the demise of Jagmohan Dalmiya, Bengal cricket fraternity is has been in a disarray of sorts. From administrators to cricketers, everyone who is related to Bengal cricket is in mourning this huge loss. It is under these circumstances the Bengal Ranji side will start their campaign in Ranji Trophy 2015-16 from October 8. READ: Sairaj Bahutule: Bengal can benefit from the mix of young and experienced cricketers

This season, Bengal team is placed in Group A. They will face Karnataka, Delhi, Haryana, Vidarbha, Rajasthan, Odisha and Assam in league games. Bengal will be playing more away games this time, which means home advantage will be less for Laxmi Ratan Shukla’s boys in this time.

To prepare for this tough season, Bengal recently toured Sri Lanka to play some pre-season matches. It was a brainchild of Ganguly, joint-secretary of Cricket Association of Bengal (CAB). However, the report card of the cricketers from this tour is not looking very promising.

On return from the tour, team manager Debabrata Das sent his report to Ganguly and CAB. According to the report, Das expressed serious displeasure about the behaviour and attitude of senior cricketers like Manoj Tiwary and Ashok Dinda. The report also revealed that Bengal had to cancel one pre-scheduled limited-overs game as some senior players opted out. The environment in the dressing-room was not healthy at all, and Shukla, Dinda, and Tiwary often had heated arguments. Bengal only managed to win one T20 and one One-day match during that tour. In the three-day games, they failed miserably.

At this moment there is hardly any unity amongst the core members of the team. Juniors are getting demotivated. Thus, to take control of the situation, Ganguly has decided to be with the team, thereby his commentary commitments will be sacrificed. He will travel with the team to Bangalore for their first game and will be present in their practice sessions as well.

Pragyan Ojha, the newest member of this side, is going to be the key prospect for Bengal. After the retirement of Utpal Chatterjee, Bengal always lacked a quality spinner. They had a good seam attack but the lack of slow bowlers has always hurt them. But now with Ojha coming in this side, their bowling attack will have variety. With pacers like Mohammad Shami (Depends on his fitness and availability), Dinda, Veer Pratap Singh and Sourav Sarkar on their ranks, the inclusion of the experienced left-arm spin of Ojha will make Bengal arguably be the most dangerous bowling side in India at this moment.

In batting, all eyes will be on two youngsters — Sudip Chatterjee and Abhimanyu Easwaran. Time has come for Bengal to look beyond the Tiwary’s and the Shukla’s. They are well past of their prime. But the future lies in young batsmen like Chatterjee and Easwaran. They had a few good sparks in the past, but now in the upcoming season they need to showcase their talent and class consistently.

Beside all these, eyes will be how Bahutule is handling this unsettled team. After the success stories of Sanjay Bangar, Bharat Arun and Sridharan Sriram, expectations from Indian coaches are high these days. Thus, the Mumbaikar is also expected to do a good job. Bengal are kicking off their campaign with an away match against Karnataka, the domestic champions, and by far the best side in this country at this moment, from October 8 to 11 at the Chinnaswamy Stadium.

Expected Bengal Squad for the first match of Ranji Trophy match against Karnataka: 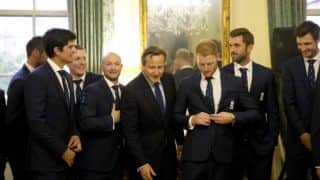 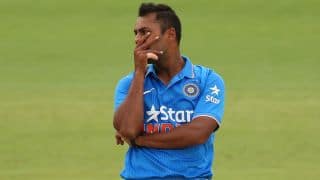