It was Natalie Sciver s 92-ball 137 and her 213-run partnership with Heather Knight that headlined England s annihilation of Pakistan.

June 20, 2016. Heather Knight s era as England captain began on a successful note when her team trounced Pakistan by 7 wickets in the first of 3 ODIs. England would go on to break several records as they whitewashed Pakistan 3-0, throwing down the gauntlet ahead of the World Cup. They were going to play a confident, aggressive brand of cricket and would stick to that plan no matter what. READ – ICC Women’s World Cup 2017: Heather Knight terms Natalie Sciver Ben Stokes of England Women

Fast forward to June 24, 2017, England s opening match of the World Cup against India, and on display was a very different team. Nervous, panicky and somewhat clueless, they appeared to play like the India of 2013 the weight of expectation as the home team holding them down. For the first 70 overs of the match Knight s team looked like a deer caught in the headlights. India had them on the ropes and they weren t backing off.

Like all good teams, England eventually found their centre and made a fist of the game, giving India something of a scare towards the end. But the disappointment of losing their first match of the World Cup hung heavy in Knight s voice. She vowed they would come back stronger.

Three days later when they faced Pakistan at Leicester, England looked like they were digging themselves into a similar hole. At 42 for 2 in a little over 9 overs, Natalie Sciver joined Knight in the middle. Conditions were slightly overcast and Asmavia Iqbal and Kainat Imtiaz were getting the ball to swing; the home team were up against it.

As was the case with Tammy Beaumont and Lauren Winfield, the ODI series against Pakistan last year also marked the coming of age of England Women s own Ben Stokes: the broad-shouldered all-rounder Sciver. Sciver blasted 155 runs at a strike rate of 189 during the 3-match series and continued to assert herself in the ODIs against West Indies and Sri Lanka that followed. This was her World Cup to shine, and shine she did.

It was Sciver s 92-ball 137 and her 213-run partnership with Knight that headlined England s annihilation of Pakistan. Her innings was belligerent to say the least. Sciver carted the Pakistan bowlers around the ground, peppering the leg side in particular, to bring up her maiden hundred. Her on-drives were superb, her sweeps exquisitely timed, and when she chose to go over the top, she pretty much hit the cover off the ball. Sana Mir and her bowlers had no answer to Sciver s power.

Knight, who also notched up her maiden ODI century, flew under the radar for most part of the innings. She was equally severe on deliveries in her zone and took a liking to the cover-point boundary, pouncing on anything with width and crashing it through the in-field.

While the two centurions took centre-stage during England s innings, Danielle Wyatt (42 off 27) and Fran Wilson s (33 off 19) cameos were just as important. Their willingness to go after the bowling from the very first ball propelled England to a mammoth 377 the second highest total in World Cup history.

When they came out to bowl, it was with purpose. Katherine Brunt no longer had a bemused look on her face as she did on Saturday. She was back at her fiery best bowling with pace and using her variations intelligently. Anya Shrubsole was getting the ball to hoop in to the right hander quite dramatically, and the spinners found a good rhythm and managed to tie Pakistan down.

Knight s England the one of June 2016; the one that smashed boundaries for fun and shared a giggle when they did; the one that bowled with venom and fielded as well as any of the top sides that England was back. This was the team that came into the World Cup with a realistic chance of winning the title, not their shadow we saw for the most part on Saturday.

Before the start of the match on Tuesday, an England victory was expected, but what took place was a demolition. While they may still have a few holes to repair, England will at least go into the next match, against Sri Lanka, with confidence in their strategy always attack the game. In other words, #GoBoldly 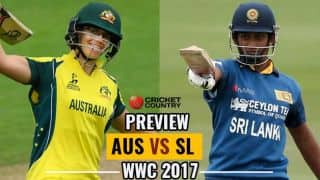 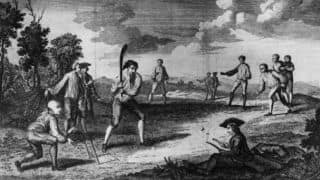