Amit Mishra made headlines by bagging his second hat-trick in IPL.

Mishra is one player who has been really under used in the international arena. He made his debut for India at the age of 20 just after the 2003 World Cup when India toured Bangladesh for a One-Day International (ODI) tri-series involving the hosts Bangladesh and South Africa. This was a tournament in which India tried several young players as the seniors had taken a much-deserved break after a good World Cup campaign. He played in three ODIs of that series and was discarded after that outing.

In the year 2008, when it was clear that Anil Kumble was approaching retirement, the selectors decided to include Mishra in the Test squad when Australia toured India to play a four-match series. Just prior to the second Test at Mohali, Kumble, the then captain of India, was declared unfit and Mishra was handed the Test cap. After five years in wilderness, he was back on the big stage and was ready to make his mark.

India piled on the runs at Mohali and when it was Australia’s turn to bat, a strong performance was needed from the Indian bowlers. Mishra made a huge impact with a five-wicket haul, a feat achieved by few on debut. What impressed me the most about his debut was the turn he got even on a good batting track. His googlies were difficult to pick and he consistently troubled the batsmen. Off the final ball of Day Two, coming around the wicket, he bowled a ball that pitched on middle and straightened. The batsman, Michael Clarke, was dumbfounded as he was playing for the conventional leg-spin but was trapped in front.

Mishra’s performance assured Indian fans that even after Anil Kumble, the art of leg-spin was safe in able hands.

Since then, he has been a part of the Indian Test squad for most series. He wasn’t a regular in the ODIs as he was picked only for a few tournaments such as the ICC Champions Trophy 2009 and the Zimbabwe Tri series in June 2010, to name a few. A total of 10 Tests and 10 ODIs shows how under used he is. With Harbhajan Singh being the main spinner in all formats, there is room to accommodate one more spinner at the most in the playing eleven. Ravichandran Ashwin and Piyush Chawla have been preferred for the second spinner’s role in ODIs while Pragyan Ojha features alongside Harbhajan in most Test matches.

This left Mishra out of the picture for some time now as he has not played for India since August 2010. His inclusion in the ODI squad for the West Indies series is a very positive sign. I have always felt that he was too good to be left out of the national team. The variation in his line and length is simply amazing. He is able to get good turn from both his conventional leg-spin and googlies.

The best part about him is the way he is able to fox the batsmen with his length. He bowls it in the corridor of uncertainty where the batsman is unable to decide whether to play it on the front or off the back foot. Moreover, the turn he gets also causes the downfall of quite a few batsmen.

Apart from the above-mentioned ball to Michael Clarke, two other deliveries stand out in my memory. One was to Jacques Kallis in the Kolkata Test against South Africa in 2010. This delivery drew Kallis forward and spun viciously to take his outside edge. The second was against Mithun Manhas when Deccan Chargers played Pune Warriors in the current season of the IPL. The ball pitched in the corridor and spun into the right-handed Manhas who was caught unawares and found it crashing into his woodwork. What a treat it would be if he is able to do this on a consistent basis for Team India!

Now that he is included in the ODI squad to the West Indies, he should grab whatever opportunities come his way in that series. With Chawla failing to create an impact in his World Cup outings, this is Mishra’s best chance to become India’s first choice leg-spinner. Harbhajan and Ashwin may be preferred ahead of him, but captain Gautam Gambhir and coach Duncan Fletcher should consider the variety Mishra brings into the bowling before taking the final call. 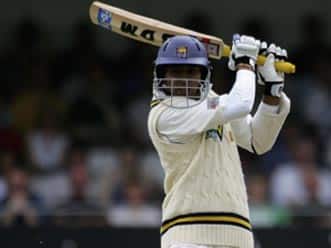 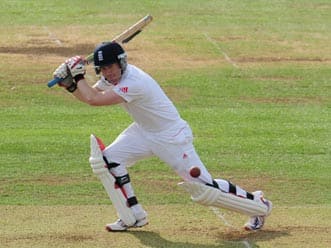