On this day 66 years ago, one of the most ebullient characters of Indian cricket and the greatest left-arm spinner produced by the country saw the light of the day. Arunabha Sengupta traces the life and career of the legendary Bishan Singh Bedi. 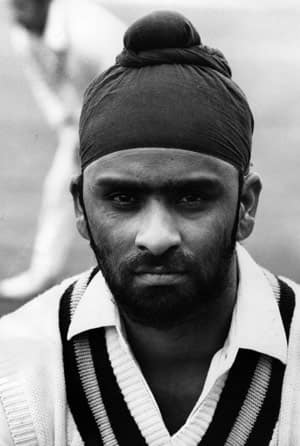 On September 25, 1946, one of the most ebullient characters of Indian cricket and the greatest left-arm spinner produced by the country saw the light of the day. Arunabha Sengupta traces the life and career of the legendary Bishan Singh Bedi.

He seemed to have the ball on a string – so incredible was his control of flight and loop. He could make the ball hold or hurry almost at will as it traversed the winding arcs in air.

Jim Laker – who in his lifetime had seen his fair share of bowlers – described his idea of heaven as Ray Lindwall bowling from one end and Bishan Singh Bedi from the other!

And the gentle run in, guile and grace remained unabated regardless of how long he continued to bowl. “When you have seen Bishan Bedi twirl down his spinners after 60 overs with the same gentle rhythm as he settled into at the start of the spell, you understand why his is a great bowling action. A clockmaker would have been proud to set Bedi in motion – a mechanism finely balanced, cogs rolling silently and hands sweeping in smooth arcs across the face,” remarked Tony Lewis.

Born in Amritsar, Bedi made his First-class debut at the tender age of just 15 for Northern Punjab. On the last day of 1966, aged 20, he made his debut for India at the Eden Gardens. Through the next dozen years, his colourful patka and exuberant personality was a loved and recognisable sight across the cricket grounds of the world.

Spinning a lethal web around batsmen for over a decade along with off-spinners Erapalli Prasanna and Srinivas Venkataraghavan, and leg-spinner Bhagwat Chandrasekhar, he was part of the spin quartet who gilded the golden age of Indian slow bowling. On helpful wickets at home, bowling mostly as a trio, the spinners brought India numerous memorable wins – the first time the nation tasted triumphs with something amounting to regularity.

Bedi himself started to excel in two victorious series against New Zealand, first away and then at home, and followed it up by curving a niche for himself against Bill Lawry’s Australians in 1969 – bagging 21 wickets including a career-best seven for 98 in Calcutta.

Before the 1968-69 season, he moved to the capital, and since then represented Delhi in domestic cricket till the end of his career. Virtually unplayable on helpful wickets, he captured his career-best haul of an incredible seven for five against Jammu and Kashmir at New Delhi in 1974-75.

An integral member of the history scripting teams that toured West Indies and England in the early seventies, he landed a lucrative contract with Northamptonshire in 1972. Stints in county cricket went a long way in building his final tally of 1560 First-class wickets which still stands as the highest by an Indian. During his county days, he also enjoyed the unlikely batting delight of striking a boundary off the penultimate ball to win the Gillette Cup semi-final for the Northants against Hampshire in 1976.

A fair portion of his magic was performed abroad as well.

Leading the team with gusto, on the difficult tours to West Indies in 1976 and Australia the year after, Bedi took 18 wickets in the West Indies and a record 31 Down Under, including his best match figures of 10 for 94 at Perth, traditionally known to be a heaven for fast men.

However, at the same time, the brilliance was punctuated by controversies.

In 1974-75, he was dropped from the first Test against West Indies at Bangalore on disciplinary grounds. The authorities were not happy that he had talked to the BBC without requisite permission during the trouble-stricken English tour of the summer of 1974.

He was back in the side for the second Test, and in the third proceeded to bowl India to an amazing victory with the help of Chandra at the Eden Gardens. But, these brushes with the authority would persist as long as he played. The great Jim Laker described his idea of heaven as Ray Lindwall bowling from one end and Bishan Singh Bedi from the other! Bedi seemed to have the ball on a string so incredible was his control of flight and loop. He could make the ball hold or hurry almost at will as it traversed the winding arcs in air © Getty Images

His captaincy days continued to be full of untold guts, some glory and a lot of controversy. There was the memorable Test win at Port-of-Spain as India scored 406 in the fourth innings. In the following Test at Jamaica, he characteristically refused to buckle under intimidation and declared the innings with just five wickets down and plenty in arrears, protesting against the tactics of Michael Holding and the others.

His direct and confrontational stance against the Vaseline gauze used by John Lever did shake the authorities, and coupled with a 1-3 series loss to England, managed to ruffle some important feathers. This was followed by the series in Australia, which was eventually lost but portrayed India as a force to reckon with. The best players of the home team were away playing the World Series, and the Test matches were keenly fought. India did well enough to win two while losing the other three, Bedi leading from the front, enjoying a supremely successful stint on the Australian pitches.

But the big blow came against Pakistan, when a gamut of fleet-footed batsmen blew away the famous Indian spinners in a disastrous Test series. During that tour, Bedi also became the first captain to concede an international cricket match. In the One-Day International at Sahiwal, Indians were 23 runs away from victory with 14 balls and eight wickets remaining. At this juncture, Bedi called in his batsmen in protest against four bouncers Sarfraz Nawaz had bowled in succession, with the umpires neither warning the bowler or calling wides.

The 0-2 Test series loss in the backyard of the arch rivals did not go down well, and Bedi was replaced at the helm by Sunil Gavaskar, a man with whom he did not exactly gel.

He returned poor figures against West Indies at home. Bedi later suggested in an explosive interview given to Sportsworld, Calcutta-based Indian magazine, now defunct, that Gavaskar had harassed and humiliated him throughout the series. In the three Tests that he had managed to play, he had been given tiny spells from unsuitable ends.

He still managed to find a place in the side travelling to England in 1979 under Venkat. Although he managed a decent tour – capturing 33 wickets in all First-class matches at 25.66, and seven at 35 in the Tests — he was left out for the next few series as Gavaskar regained captaincy on return.

When India later toured Australia and New Zealand, Dilip Doshi, the left-arm spinner in the team, got injured. Bedi claimed in the same interview to Sportsworld that following Doshi’s injury, Gavaskar himself called up Ravi Shastri – whom the tweaker categorised as a yes-man – asking him to be ready to travel, violating the protocol according to which the manager was supposed to inform individual players. Gavaskar responded saying, “If Bishan has a grievance, I am most surprised. When I first saw the article, I thought Sportsworld had started a jokes column.” The Indian skipper went on to say that he could not imagine dominating a selection panel which included names such as Polly Umrigar, Dattu Phadkar, ML Jaisimha and Chandu Sarwate.

Whatever be the truth, Bedi never played for India again. He passed from the scene as the highest wicket taker for India in Test cricket, a record that stood till Kapil Dev went past it in 1985.He continued to represent Delhi in First-class cricket till 1982 before retiring from the game.

He has been connected to cricket in various roles since then, as national selector, manager, coach, mentor, members of various committees and as an ever-controversial and straight-forward spokesperson of the game.

Bedi’s opinions about many, many aspects of the game always make for interesting perusal. From famously suggesting that the entire Indian team should be dropped into the ocean after a loss in an One Day game when he was the manager, to suggesting that Gavaskar is a destructive influence on the game; from comparing Muttiah Muralitharan to a javelin thrower to branding Twenty 20 cricket as the most vulgar expression of cricket, he has prominently dominated the limelight and air waves.

However, no one can deny his zest and passion for the game and the infinite wisdom he brings with him. He continues to graciously offer invaluable advice willingly and proactively to young spinners.

And finally, the records of the man still stand – shining among the best with the supreme average and the second best economy rate among the splendid spinning riches of the country.

When you have seen Bishan Bedi (above) twirl down his spinners after 60 overs with the same gentle rhythm as he settled into at the start of the spell, you understand why his is a great bowling action. A clockmaker would have been proud to set Bedi in motion – a mechanism finely balanced, cogs rolling silently and hands sweeping in smooth arcs across the face,â remarked Tony Lewis © Getty Images

In spite of the increase in the number of Test matches in recent times, there are still only 15 spinners who have managed to take 200 Test wickets. Bedi figures quite high in this list as well. 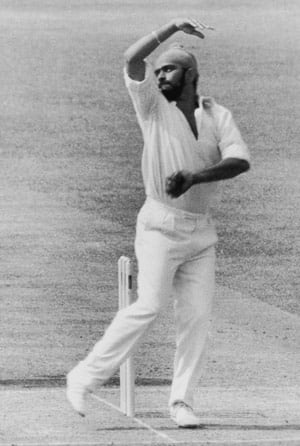 How would have Bedi fared today?

It is a difficult question.

In his day, Test matches were considerably fewer — and he had to share his wickets with the likes of Chandra and Prasanna. Besides, there were no Zimbabwe and Bangladesh to boost one’s numbers.

However, let us try to propel his career forward by 30 years, and assume he played from December 1996 to August 2009.

During this period India played 127 matches. Given that Bedi played 67 out of the 75 matches played during his playing days 1966 to 1979, a similar ratio generates 113 matches he would have been likely to play in the current era.

Of these considering the number of matches India played against Zimbabwe and Bangladesh during the period and assuming the same ratio, 13 of his 113 matches can be assumed to be against the minnows.

In the 100 matches against genuine sides, the number of wickets Bedi would have been likely to take is approximately 397.

In the remaining 13 matches against Zimbabwe and Bangladesh, we can safely assume another approximately 60 wickets – using a measure of success that lies between the rates of Anil Kumble and Harbhajan Singh.

Using these rough calculations, if we list the modern spinners, we have the extrapolated modern version of Bedi just below the top bracket of Murali and Shane Warne: