Bob Appleyard: The Yorkshireman who knew no defeat

Bob Appleyard: The Yorkshireman who knew no defeat

Yorkshire were fortunate to have Appleyard bowl in tandem with her other genius, Johnny Wardle.

Bob Appleyard, Yorkshire legend and the hero of Ashes 1954-55, was 90 when he passed away at Harrogate earlier today. Abhishek Mukherjee looks back at a man whose life was spent in a relentless battle against batsmen, and beyond.

Bob Appleyard never had an ordinary childhood. His mother left him when he was seven. His father married again, but Bob received a second blow when he lost his younger sister Margaret to diphtheria. He was 13 at that time. As if this was not enough, two years later his father John, stepmother, and two other sisters — Wendy and Brenda — were found gassed in their bathroom.

Such was the mental toughness of the man that his teammates remained oblivious of his earlier tragedies. The facts were not revealed before Stephen Chalke and Derek Hodgson penned down No Coward Soulas late as in 2003. He was eventually brought up by the parents of his stepmother.

Bob sought solace in religion, and remained a devout Catholic for the rest of his life. The characteristic toughness of the Yorkshireman was also instilled in him. World War II took away his early years. He did play in the Bradford League, where he ran through line-ups with his mixed bag of off-breaks and medium-paced bowling (without any visible change of action); on a wet wicket he was often unplayable.

He eventually played for Yorkshire andpicked up 200 wickets in only his second season (1951) at 14.14. He was named a Wisden Cricketer of the Year. The almanac wrote: “His [Appleyard’s] mixture of in-swingers, off-spinners and leg-cutters; his variations of flight and pace, bore the make of a highly-skilled craftsman”.

But Appleyard was made of sterner stuff. Not only did he battle tuberculosis, he came back so strongly in 1954 (154 wickets at 14.42) that they had to pick him for the Test against Pakistan at Trent Bridge. He claimed match figures of seven for 123. He was an obvious choice for Ashes 1954-55 in AustraliainLen Hutton’s side. It turned out to be his finest hour.

In a series remembered for Frank Tyson (and, to some extent, Brian Statham) running through Australia at their den, Appleyard topped the English bowling charts with 11 wickets at 20.36. He played the perfect foil to the menacing new-ball pair. On his way back, he claimed nine wickets in New Zealand at a ridiculous 8.89. This included the famous 6-3-7-4 at Eden Park, where he helped rout the hosts for 26 — a record that still stands.

Appleyard played only two more Tests. He finished with 31 wickets at a mere 17.87from nine matches. Put a 25-wicket cut-off, and only Mike Procter (41 wickets at 15.02) has better numbers since World War II. His eight-year First-Class career fetched him 708 wickets at an astonishing 15.48.

Yorkshire were fortunate to have Appleyard bowl in tandem with her other genius, Johnny Wardle — if Fred Trueman left them with something, that is. Appleyard continued to play, and in 1958, his final season, he claimed 27 wickets at 16.59. Then came the shoulder injury, ending his career for good.

Appleyard became a successful businessman, and famously won a legal case over media mogul Robert Maxwell. Unfortunately, personal losses continued to plague him: he outlived his son, John, and grandson, Ian — both of whom were victims of leukaemia.

Yorkshire terminated his contract promptly, but the proud Yorkshireman (and Bradfordian, it must not be forgotten) that he was, Appleyardremained a staunch supporter of the side. It was because of Appleyard that Yorkshire Academy was set up at Bradford. 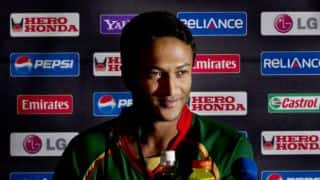 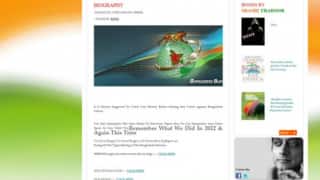