Bobby Abel was a former England right-hand top-order batsman who was amongst the most popular cricketers of his generation.

Bobby Abel, born November 30, 1857, was a former England right-hand top-order batsman who was amongst the most popular cricketers of his generation. In spite of having an unorthodox batting technique, he was good at cutting and driving the cricket ball but at the same time was equally proficient off his legs. Standing at just five feet four inches, he had the ability to score quickly if the situation demanded and at the same time had the temperament required for defensive stroke play. He was predecessor to the great English opening batsman Jack Hobbs and represented England in 13 Tests scoring 744 runs at an average of 37.20 with two centuries and two fifties. On his 158th birth anniversary, Bhaskar Narayan picks 16 interesting facts about one of the greatest crowd-pleasing cricketers of the 1890s.

Bobby Abel was born in Rotherhithe, a residential district in southern London, Surrey, England. He was the son of Thomas Abel, a lamplighter (a person who lights and extinguishes street lamps) and Elizabeth Highland. He played cricket for Southwark Park and also did his schooling at this London borough. When Abel was 16, he joined Boro’ Hop Trade Cricket Club, where he played for seven years.

3. First batsman to outscore the opposition

In the second three-day Test of England’s tour to South Africa 1889, Abel became the first batsman whose individual score was more than that of the opposition s total score. In this match played at Newlands, Cape Town, Abel’s 120-run knock helped England post 292 in the first innings. In reply, South Africa got bowled out for 47 and 43 in the first and second innings respectively. England won the match by an innings and 202 runs. This was the first instance when a batsman’s individual score was more than opposition’s first innings score and also their combined score in the match; in this case 90. Thus, Abel scored 30 more than South Africa’s total score in the match.

4. First England opening batsman to carry his bat through the innings

In the second Test at Sydney of England’s tour to Australia in 1892, Abel added a feather to his cap by becoming the first English opening batsman to carry his bat through the innings. In the match, Australia batted first but were bundled out for 144. England, riding on Abel’s unbeaten 132 , replied with 307. The next highest run getter in that innings was Johnny Briggs with 28. Abel batted beautifully as he saw 10 England wickets falling in front of him. This was the first instance when an English batsman carried his bat through an innings. Unfortunately for him, England lost the match by 72 runs owing to the resilience shown by the Australian batsmen in their second innings and England’s subsequent batting collapse in the final innings.

Playing for Surrey, Abel became the first player to score 2,000 or more runs in two consecutive seasons when he achieved the feat in 1896 having made 2,000 runs last season as well. However, he did not stop there and repeated the feat every year up-till 1902, thereby scoring 2000 or more runs for eight back-to-back seasons.

6. Highest score in a season

Abel scored 3,309 runs for Surrey in 1901. This was the highest for any season during that time.

7. First-Class opening batsman to carry his bat for the highest team total

In a match against Somerset at The Oval in 1902, Abel carried his bat through his knock of 357 helping his team Surrey make a mammoth 801. This was the highest team total when any opening batsman remained unbeaten while his side was bowled out.

8. Highest score at The Oval

In the same 1902 match against Somerset, Abel’s unbeaten knock of 357 was a record at The Oval. It stood for 36 years until Len Hutton broke it in 1938 by scoring 364. On this same ground, he also made 100 runs at a quick pace, between noon and lunch.

9. Record number of First-Class matches in a season

Abel played 41 First-Class matches in 1902, a record at that time. He made his last Test appearance the same year. However, he continued playing First-Class cricket for two more years.

Abel struck huge partnerships with many batsmen. He and Bill Brockwell struck a chord and batted well in tandem on many occasions. They made 231 against Sussex in May, 1897 and followed it up with a record 397-run first wicket stand two months later. The duo again made an unbeaten 270 against Kent in 1900. Abel and DLA Jephson cracked 364 runs for the opening wicket against Derbyshire in 1900. Two years later he teamed up with WG Grace to make 226. Abel’s highest partnership was for 448 runs for fourth wicket with Tom Hayward against Yorkshire in 1899. It is a world record for fourth wicket.

Bobby married Sarah Reffell, his junior by four years, on January 31, 1881. Sarah was the daughter of Henry William Reffell and Ann Bull. They had 11 children, two of his sons William and Thomas went on to play for Surrey. They played 171 and 44 First-Class matches respectively but did not receive the national call.

Before the beginning of the third Ashes test at The Oval in 1896, Abel and four other cricketers warned that they will boycott the coming Test if they do not get a pay raise. During Abel’s time, cricket was played by two groups viz. Gentlemen and Professionals. Gentlemen were given better pay and facilities. Gentlemen also had separate dining rooms, entrances and dressing rooms. WG Grace , who had recently started playing Test cricket was getting more money than the professionals. Abel objected to this preferential treatment. Later on, he and other cricketers abandoned their protest. However, the protest did help to bridge the gap between the two groups although it was not totally eradicated. This practice was put to an end in 1962.

Since Abel was not earning much from cricket, he tried his hand at manufacturing cricket gear in 1894. His company came to be known as Abel & Son. Since his business started to incur losses, he sold it. He was given monetary help by his cricketing colleagues and friends in those difficult times.

Abel’s eyesight began to enervate with time. His vision problems were first noted in 1893 and his eyesight continued to recede throughout his career. He encountered diphtheria the same year and owing to it became amaurotic for five days. In 1900s, he caught some eye infection which further hampered his vision. He found it difficult facing quality pace bowling due to his weak eyesight. It started impacting his performance and he was forced to quit the game later. Jack Hobbs replaced him in international circuit. In his final years, Abel became completely blind. He was laid to rest on December 10, 1936 aged 79.

Abel is considered as one of those cricketers who rose against the odds to play for England. Recognising his achievements, a commemorative blue-coloured tablet was placed at Southwark Park in 2005, where he grew up playing the gentleman’s game.

16. Shares his birthday with Phil Hughes 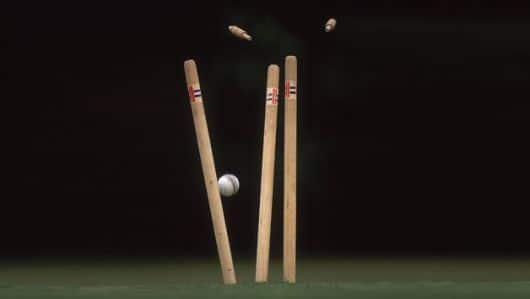