Brad Hodge (left) is a former Australian batsman, who made his Test debut against West Indies at Hobart in 2005.

Brad Hodge (left) is a former Australian batsman, who made his Test debut against West Indies at Hobart in 2005 and in the same year played his first One-Day International (ODI) against New Zealand at Auckland. A right-handed batsman, he has played six Tests and 25 ODIs and has scored 503 runs and 573 runs respectively. Hogg is also considered to be one of the greatest Twenty20 (T20) players of all-time and has found a lot of success with his domestic teams and franchises across the world.

Hodge made his First-Class debut for Victoria Bushrangers in 1993 and scored runs on a regular basis. Despite scoring heavily on the domestic circuit for a decade, Hodge finally donned the Baggy Green and also got the chance to play the limited overs format in late 2005. He was dropped from the Test squad after five matches though scoring a double-century. After being dropped from the Test squad, Hodge was given few opportunities to perform in ODIs but he failed to replicate his domestic cricket consistency.

Being considered as one of the unluckiest of Australian cricketers, Hodge retired from domestic cricket in 2009 and from ODI cricket in 2012. Known as one of the finest T20 cricketers, he has played for a host of teams like Lancashire, Durham, Kolkata Knight Riders, Kochi Tuskers Kerala, Melbourne Renegades, Melbourne Stars, Barisal Burners, Rajasthan Royals, and Adelaide Strikers and has also represented his nation for 15 T20 Internationals. He holds the record of highest-run getter for Victoria in the Sheffield Shield. He retired from international cricket in 2014.

Hodge’s doppelganger on the right is Mark Ruffalo, who is an American actor, producer, director and screenwriter. Ruffalo is famous for depicting the Marvel Comics character The Hulk in the movie ‘The Avengers’ and ‘Avengers: Age of Ultron’. He has received Academy Award nominations for Best Supporting Actor for his roles in The Kids Are All Right and Foxcatcher.

His notable movies include You Can Count on Me, Eternal Sunshine of the Spotless Mind, Just like Heaven, Zodiac, Shutter Island, Thanks for Sharing, Now You See Me and Begin Again. 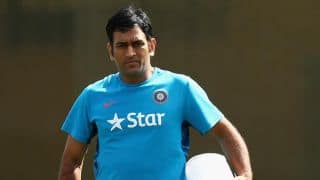