‘Brat’ Haddin — a blot on the game

‘Brat’ Haddin — a blot on the game

Australia won the 2015 World Cup on Sunday. But the afterglow of the victory has been tainted by Brad Haddin’s loutish behaviour.

Australia won the 2015 World Cup on Sunday. But the afterglow of the victory has been tainted by Brad Haddin’s loutish behaviour. H Natarajan explains why Haddin is a poor advertisement for the sport and recalls an earlier incident to show that he is a confirmed cheat.

There is no “Villain of the World Cup Award”. Had there been one, Brad Haddin would have been the rightful its claimant — by a mile.

Haddin first found himself in the centre of a fleeting controversy in the 2015 World Cup in Australia’s quarter-final match against Pakistan. Umar Akmal essayed a cut against Glenn Maxwell to the boundary in the 26th over. Standing close to the stumps, Haddin’s gloves disturbed the bails, which was not immediately apparent. But the Australian close-in fielders went up in appeal.  Very little escapes the omnipresent TV cameras around the ground and in a matter of seconds, slow-motion replays showed that it was Haddin’s gloves which had whipped off the dislodged bails. Sections of the international media quickly dubbed Haddin a cheat, though it must be said that he did indicate that he could have accidentally tripped the bails as the matter went up in appeal to the third umpire. What possibly went against him was an established fact on an earlier occasion when his intent to cheat left nobody in doubt. (READ: Brad Haddin defends sledging the ‘nice’ New Zealand players)

The match in question was the Commonwealth Bank ODI Series against New Zealand in February 2009 at WACA, Perth. It was the 36th over of the innings in which Neil Broom made room to cut Michael Clarke and looked beaten for pace. To the naked eye at normal speed it looks as if Clarke had clipped the bail. But slow-motion replay indicated that Haddin had gathered the ball in front of the stumps before disturbing the wickets. Broom was declared out. And Haddin was declared a confirmed cheat by those who witnessed his sleight of hands to hoodwink the umpire. Haddin should have known that the ball was collected in front of the stumps.

One only has to go back in time when another Australian wicker-keeper, Greg Dyer, fraudulently claimed a catch that wasn’t. This too happened against New Zealand, but in a Test match at the Melbourne Cricket Ground in 1987. John Wright and Andrew Jones had added 87 for the second wicket when the latter shuffled across and seemed to leg-glance Craig McDermott — presently the bowling coach of Australia. Dyer dived to his left and came up with what looked a brilliant leg-side catch. The ground umpires concurred and declared the batsman out. But TV replays revealed the truth: Dyer had grassed the ball before scooping it off the ground and going in appeal. That act of cheating dented Dyer’s reputation and his career came to a swift end.

Haddin proved that he is a poor advertisement for cricket by the manner he sledged and taunted the New Zealanders in the World Cup final at the MCG. And two of the three players of his verbal diarrhea were Grant Elliot and Daniel Vettori. Elliot was the man who won the hearts of cricket fans all over the world by remaining muted in his joy of masterminding his team to a first-ever World Cup final. He instead gave a helping hand to the man he had slayed [Dale Steyn] with one stunning blow. Vettori, an ornament to the game in his long and distinguished career, was playing his final match for New Zealand. Though he had not announced his intention to retire, it was fairly apparent to most that he was making his farewell appearance on the international stage. Instead of giving a great player the respect he deserves, Haddin showed contempt and arrogance. In sharp contrast, Vettori waited for two days to announce his retirement because he did not want to steal the limelight from Australia’s moment of glory.

One may argue that all this happened in the heat of the moment. But Haddin emphatically made it clear that was not the case when he told a Sydney radio station: “I said in the team meeting, ‘I can’t stand for this anymore, we’re going at them as hard as we can.’  It was that uncomfortable. All they were was that nice to us for seven days. I said, ‘I’m not playing cricket like this. If we get another crack at these guys in the final I’m letting everything [out].’ ”

Clearly, Haddin’s action was pre-mediated. As he got flak for his motor-mouth, Haddin apologised. But there will be few buyers for a man who should go down in history as ‘Brat’ Haddin.

Humility in victory is the hallmark of great champions, something which Grant Elliott showed in the semi-finals against South Africa and won the hearts of millions of the world. It was in the true spirit of the game. Haddin too showed some spirit, rather the after-affects of a different spirit when he reeked of arrogance in the radio talk post the victory. 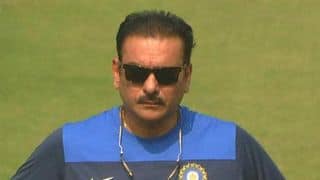 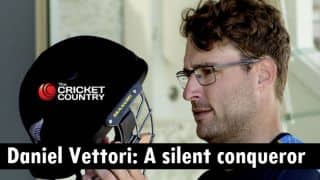