The reasons behind why indian players missed icc award function. 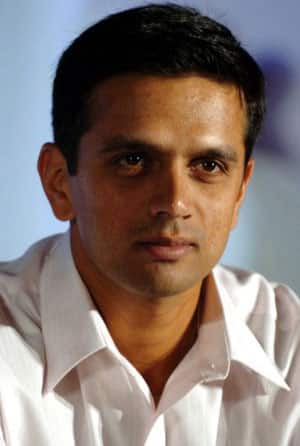 London rolled out the red carpet to the stars of the cricketing world. The International Cricket Council (ICC) Awards had all the razzle and dazzle; the only thing missing was the presence of the ICC World Cup-winning Indian team and the No 1 Test team till a few weeks back.

The only Indian player at the ceremony was Shantakumaran Sreesanth – a maverick to the core. He stands out in this Indian team, but on this day he was – so to say – standing in! But Sreesanth was there as a break dancer – which, at this point, looks better than his bowling.

The buzz is that choreographer Vaibhavi Merchant is likely to cast Sreesanth in song sequences for some forthcoming films – among the extras, it should be clarified. But Sree is okay with that because it’s his dream to ‘act’ in Bollywood films.

But all of India and the cricketing world want to know the real reasons for the Indian team skipping the most important function of the apex body for the game when they were very much in London. Something seemed very fishy and the truth had to be found out.

Well, here are the first few answers to what actually led to the infamous miss.

Indian captain MS Dhoni broke his silence on why he was not there at the awards function, “Well, if you see my personal achievements over the last couple of years, I have done it all – winning the T20 World Cup, winning the ODI World Cup, leading the team to the No 1 position in Test cricket, winning the Rajiv Gandhi Khel Ratna, getting a prestigious doctorate… What more can you ask for? I have done it all. All I was worried about is that the rest of the team should not get inferiority complex because of me winning so many trophies and awards. Hence I decided to skip the event. It was purely out of consideration for the team. For me, the team and its interests come above everything else. Also, I don’t wish to be remembered as a captain with more awards than runs!”

I was at the team hotel where I overheard an ICC official telling another ICC official that he could not locate Parthiv Patel and hand over the official invitation card to him. The official was heard saying, “When I went to Parthiv’s room to give the invitation, a small boy opened the door who claimed to be Parthiv. I thought I must have knocked the door of the wrong room and left without handing over the invite.”

It’s also learnt that some of the Indian players who don’t know to read English mistook the ICC invitation cards for movie tickets; hence the miss.

According to reliable sources, Zaheer Khan decided not to fly out of India for the ICC awards as he was afraid the Indian selectors could force him to play the final ODI despite being unfit. He did not want to take any chances that could ruin his career.

Sachin Tendulkar explained his absence at the awards function: “Everybody knows that I’m out for four weeks because of an inflamed toe. If I was seen at the function, the media would say that if I can be there at the awards then I can play as well. I just wanted to avoid any controversy.”

But I got the biggest shock was when I cornered Board of Control for Cricket in India (BCCI) vice-president Rajiv Shukla at the team hotel and asked him if he was the board’s official representative of the at the function.

‘Shukla’ came closer to me and whispered, “I’m not Rajiv Shukla! I have been made to look like him by the same guy who made Amitabh Bachchan look like Abhisekh’s son in the movie Paa. I have always done whatever the team or the BCCI wanted of me – be it ‘keeping wickets, captaining the side or playing the ODIs after years. Yes, I’m Rahul Dravid and not Rajiv Shukla! I’m doing this because my board wanted me to.”

But then it’s the same old story – Rahul Dravid going well beyond the call of his duty but not getting his due!