Breaking: Thanks to Sourav Ganguly, Ravi Shastri did not host the toss at Florida through Skype

Breaking: Thanks to Sourav Ganguly, Ravi Shastri did not host the toss at Florida through Skype

Believe it or not, Sourav Ganguly and Ravi Shastri are friends again.

Believe it or not, Sourav Ganguly and Ravi Shastri are friends again. They have buried the ugly coach-gate hatchet and joined hands to ensure the growth of BCCI. This also ensured Shastri got over the hangover. Here is how it happened:

When the first T20I between India and West Indies got underway in Florida, entire India irrespective of the ones glued to the TV or not, heard the booming voice of Ravi Shastri at the toss. When Shastri screams, a TV set is not required; in fact, the voice can be heard directly. Yes, when Shastri screams, sound defies laws of physics and travels faster than light.

When BCCI and their sponsors Star India approached a sulking Ravi Shastri (yes, he still feels he had inherited the Team India coaching job) to host the toss, commentate and host the post-match conference for the Florida T20Is, the former cricketer agreed only on one condition. He wanted to get back at BCCI and told them that he is allowed to host it through Skype. Our secret sources have learned that the voice calling company is soon to announce the Sri Sri Shastri as their brand ambassador.

The professor caught up with his old pupil Ganguly, who confirmed, “I told Ravi to let bygones be bygones and explained him how Skype and empty talks are not as practical as he thinks they are. Also, I made him realise that what he is doing now is ‘disrespectful’.”

Though Shastri patched up with Ganguly, he was still not convinced about travelling 64 hours for six hours of cricket. Ganguly made his understand, “I tried to reason him out. I told him that I understood why he preferred holidaying in an exciting Bangkok to being present in a city like Kolkata. I made him realise that Miami is triple the fun that of Bangkok if not more. Ganguly narrated another RP Singh anecdote which made Ravi immediately packed up his bags.”

What is the RP Singh Anecdote?

When MS Dhoni‘s men were being beaten to the pulp in England in 2011, RP Singh was holidaying and enjoying the Miami summer. A jealous Dhoni summoned his unfit best friend to the cold England and drafted him in the Test side despite no match fitness. It is a different story that RP ended up bowling the “worst first over in Test history” as Ian Botham called it, but Dhoni ensured that RP did not have all the fun in Miami alone. Now, it’s Dhoni in Miami and where is RP? Bareli?

Miami is the place. Yes, Manoj Tiwary was last seen booking tickets for there, along with his gorgeous wife, Sushmita.

(Professor Mooshie is a strict disciplinarian and appreciates cricket played copy book style. Lover of the sport traditional style, he is a fierce critic, and will lambast you if the mistakes are repeated but if you meet the expectations, he is lenient with marks. Beware of the ill-tempered, gold hearted professor and buck up as you may just earn his ire. ) 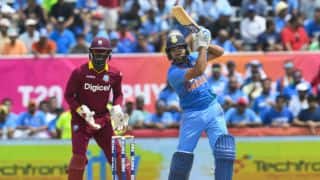 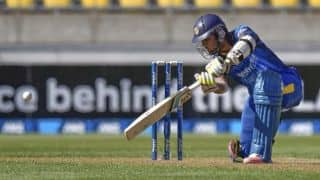