Australia retained the Frank Worrell Trophy by whitewashing the West Indies in their den in a two match Test series. During the presentation ceremony former Australian cricketer Brendon Julian made a hilarious gaffe while handing over the trophy to the visitors when he said, And the trophy for the Sir Wank Forrell Trophy has been retained by Australia . Julian realised the blunder and paused for a second but later decided to go on with it. It’s a spoonerism that neither Julian nor anyone will forget easily. 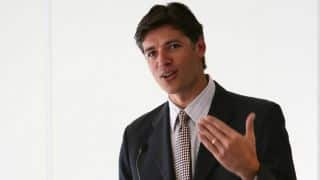