Brendon McCullum's 158 for Birmingham Bears vs 158 for KKR: An analysis!

Brendon McCullum's 158 for Birmingham Bears vs 158 for KKR: An analysis!

Brendon McCullum has a habit of doing the impossible over and over again.

Brendon McCullum has a habit of doing the impossible over and over again. He has scored seven hundreds in Twenty20 cricket, eight fewer than than Chris Gayle. On Friday, McCullum carried his bat for the second time in his T20 career. McCullum scored exactly 158* on both occasions. READ: IPL 2008: Brendon McCullum’s spectacular 158 bamboozles Bangalore in Indian Premier League’s inaugural match

The first time was in the inaugural match of Indian Premier League (IPL) 2008. McCullum smashed a 73-ball 158 while playing for Kolkata Knight Riders (KKR) against Royal Challengers Bangalore (RCB). On Friday, he again scored 158, this time off 64 balls. Incidentally, it was McCullum’s second game for Birmingham Bears in NatWest T20 Blast this year.

Both the matches saw McCullum play some similar shots; especially the scoop or ramp shot which has become a staple in McCullum’s big innings. Let us look at how McCullum reached both the milestones.

McCullum took nine balls less than the previous occasion and has a better strike-rate for Birmingham Bears. While he hit three more fours in NatWest T20 Blast, he hit two sixes fewer than he had for KKR.

While playing for KKR, McCullum shared four fifty-run partnerships. For Birmingham Bears, he had a 160-run partnership with Chopra, a 45-run alliance with Laurie Evans, and 37 runs with Porterfield.

If we compare McCullum’s strike rate against individual bowlers, the ones who faced the wrath of McCullum’s wood were mainly Zaheer Khan and Cameron White. The latter bowled only three balls, but was hit for two sixes and one four.

On Friday, it was spinners Chesney Hughes and Scott Elstone — who bowled four balls each — who got smashed royally. However, out of seven bowlers, only Shiv Thakor enjoyed a strike-rate less than 200.

Incidentally, in both the matches, McCullum scored 22 runs from singles and took nine twos. 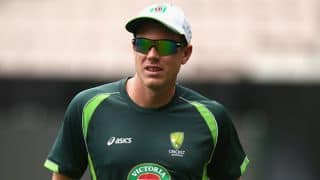 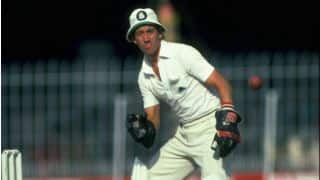