In an era where hundreds and double hundreds were becoming a trend Brian Lara went beyond measure and become the vanguard of setting unbreakable records.

No slogging but pulling down the ground; no heaving but driving on the back foot; no scooping but paddle-sweeping. He was armed with a charismatic and seductive batting style. He had a conventional yet classy approach, but scythed runs at an unconventional yet methodical rate. In an era where hundreds and double hundreds were becoming a new trend he went beyond measure and become the vanguard of setting unbreakable records. Brian Charles Lara had the world in trance with his wizardly batsmanship. Kaustubh S. Mayekar walks down memory lane to relive Lara s artistic stroke-making that changed the preface of textbook cricket.

Like Geoffrey Boycott took his time to reach three-figure mark, I took my own time to articulate this piece on Lara. I watched number of videos to make sure I don t use the wrong word and disgrace Lara s school of batting. One video led to another and I realised how soothing Lara s batting was. A strong back foot punch followed by a gentle push down the ground: every video had an array of strokes. He made a swoosh sound every time he opened the face of the bat and gently guided the ball past gully. His bat hissed every time he played the ball fine, past the wicket-keeper. He danced down the ground and eased the ball over the boundary line. Read: Was Brian Lara’s 400 not out a selfish innings?

He leaned forward to give an impression that he ll play it on the up, but rocked back to fool the fielder at point. Head over the ball; almost sniffing the leather, said one of the commentators explaining his square drive. He could hook the same delivery he pulled on the front foot. Bowl in the corridor of uncertainty and he ll mock with a forward defense. Neat, clean, without an error: his timing was immaculate.

His back lift came well above his head, giving the bowler the opportunity to dismantle his defense with a peach of yorker. But he tackled it like he had all the time in the world. In fact, he rattled every fast bowler like he was playing him in slow motion.

There was hardly any chink in his batting armor. He often played with a straight bat (something we see Sunil Gavaskar complaining in the commentary box about the modern-day batsman not adapting). However, he did play cross-batted shots every time he wanted to dissect short mid-wicket and mid on. He represented high elbow and punched down town. He would have been a delight to watch in this millennium of T20 extravaganza. Read: World Cup 1996 quarter-final: Brian Lara delivers knock-out punch to South Africa

He believed in wristy business. He could maneuver the ball to any part of the ground. He was indeed the most endearing and lovely left-handed batsman I have ever seen. Imagine the stature of a batsman who overshadowed the records of the likes of Viv Richards, Clive Lloyd, Desmond Haynes, and Gary Sobers to name a few. He was so exceptional that his batting finesse spoke more volumes than his extraordinary records.

Pick any shot from the textbook. He has mastered them all, and made them look even more refined and enchanting. 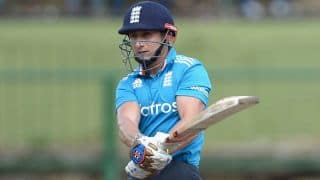