Knights will be keen to retain their playing XI from the successful run in qualifiers of CLT20 2014.

South African side Cape Cobras begin their campaign in the Champions League T20 (CLT20) 2014 tournament with a clash against the in-form Northern Knights. Devarchit Varma lists down the likely eleven players who will take field for the Knights.

Anton Devcich: The left-handed batsman has been in a good form for the Knights. He scored only 14 in the opening game of the tournament but against the Mumbai Indians his innings of 39 provided a strong start. Devcich is very impressive fielder as well, which adds more to Knights’ advantage.

Kane Williamson: With two half-centuries in three matches, Williamson has been the star performer for the Knights’ side. He can score freely on both sides of the wickets and can hit the ball long way out of the park.

Daniel Flynn: The captain of the Knights has been impressive leading the team and has played a few cameos as well. Flynn didn’t have a major role to play with the bat as either of the openers have scored well.

Daniel Harris: The 31-year-old can be devastating with the bat as he has an impressive strike rate of 127 in the shortest form of the game. Harris batted only in the Mumbai Indians’ match and he looked comfortable during his brief stay at the crease.

Daryl Mitchell: He had a good outing in the match against Mumbai Indians striking one six and two fours, indicating that Mitchell can be a good asset for the Knights’ side in the lower-order.

Scott Styris: The seasoned campaigner is one of the most important players in the Northern Knights’ side. He did not enjoy successful outing with the bat in the two qualifying matches but was very impressive with the ball especially against Mumbai Indians. Knights will hope that Styris goes all guns blazing in this all-important clash.

BJ Watling: The wicketkeeper-batsman can be a true revelation in this tournament. He has had a good run in international cricket. He will be crucial campaigner in the Northern Knights’ side down the order.

Scott Kuggeleijn:  The right-arm fast medium wasn’t very impressive in the two qualifying matches and he is in a spot of bother at the moment. Kuggeleijn will have to get his act together in order to maintain his place in the side.

Tim Southee: The pace spearhead of the New Zealand national side is also the leader of the bowling attack in the Knights’ side. He is one of the most dangerous bowlers in the international circuit today and has shown good rhythm in the two qualifying matches.

Trent Boult: The left-arm seamer was very impressive in the two games earlier and Northern Knights will hope that he carries on the good run for them. For more than one reasons, Knights’ bowling attack looks more promising than the batting firepower and the bowlers will have to bear the responsibility.

Ish Sodhi: The leg-spinner has been knocking the doors for selection in the national side and his presence in this tournament that is happening in India becomes all the more important. Sodhi would like to revel on the slow and turning wickets. He was economical in the qualifiers and will be a successful tournament if he continues to do so against better sides in the main stage. 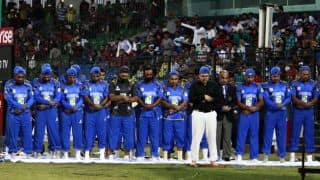 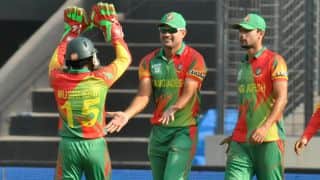