Kane Williamson has proven time and again that he is a wonderful all-round batsman.

Kane Williamson scored a scintillating unbeaten 101 off just 49 deliveries in the third match of the Champions League T20 (CLT20) between Northern Knights and Cape Cobras. His knock was the fastest century in six seasons of CLT20. Shiamak Unwalla looks at the innings that lit up Raipur.

Kane Williamson is a rare talent; of that there is no doubt. He has proven time and again that he is a wonderful all-round batsman. He has done well in Tests, he has done well in One Day Internationals (ODIs), but he was never really expected to flourish in T20s.

To be fair, his T20 record isn’t great. In the 69 games he has played in, he has scored only 1349 runs at 24.52 and a strike rate of 118.22 — not very impressive stats by any margin. Since the start of CLT20 2014, though, he has finally found his groove in the shortest format with scores of 52, 14, 53, and 101 not out. His strike rate has been exceptional as well. Much like Ajinkya Rahane, Williamson is a classical batsman who can somehow turn his silken stroke-play into savagery over 20 overs.

During the course of his 101 not out against Cape Cobras, Williamson struck eight boundaries and five sixes. He hit a boundary down fine leg off the first ball he faced; it was a played very fine and suggested light hands and nimble wrists. His first six came off his 12th delivery; he advanced down the track, went for a pull and got a top edge that cleared the ropes. He brought up his fifty with a fine nudge through point for four, and struck Vernon Philander for six over cover to bring up his century.

It was a knock that was not entirely subtle. There were moments when the T20 batsman in him awoke. There were times when he was not in complete control of his shots. There were times when his batsmanship seemed like a Black Sabbath metal anthem; but then when he brought out his cover drives, the metal changed to an operatic ballad. The caresses and the soft hands overflowed with pristine self-assurance. If Anton Devcich was invoking the might of a gladiator, Williamson seemed more like the conductor of a particularly sublime orchestra.

In the end, it was an innings that will be remembered not only as being the fastest ton in CLT20 history, but perhaps also as one of the most attractive and skilful knocks in recent times. 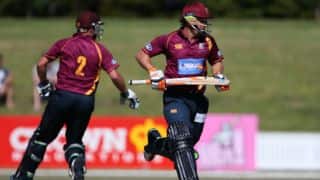 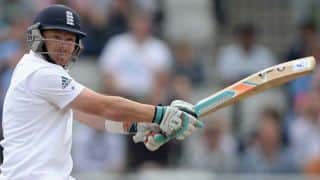