Here are all the statistics of the Champions League T20.

The sixth edition of Champions League T20 (CLT20) 2014 began on September 13, 2014. Bharath Seervi presents the combined numbers of 35 teams of previous five editions of the tournament.

The Champions League T20 (CLT20), where the top domestic T20 teams from the Test playing nations compete for the title, was inaugurated in 2009 in India. So far, the tournament has been played only in India and South Africa. The second and fourth editions were in South Africa while the others have been in India. In this article, we shall have a look at some of the statistics related to his tournament.

Note: All statistics and records updated till the CLT20 2013.

New South Wales from Australia lifted the inaugural trophy defeating then West Indian Trinidad & Tobago in the final. The next two editions were won by Indian sides — Chennai Super Kings in 2010 and Mumbai Indians in 2011. The fourth edition saw another Australian team lifting the cup — Sydney Sixers. In 2013, Mumbai Indians became the first team to win two CLT20 titles.

Win-Loss summary of each team

The teams from India — Chennai Super Kings and Mumbai Indians — and Trinidad & Tobago from West Indies have played the most number of matches in the tournament — 19 each (including qualifiers). Sydney Sixers who won the only tournament they took part in 2012 have an exact 100% win record in the tournament as they won all their six matches in that season. Trinidad & Tobago have won the most number of match — 12. Guyana from West Indies and Central Districts from New Zealand have played the most matches without any victory — follow. The table below provides the complete details.

Most matches in the tournament:

Kieron Pollard has played 25 matches in CLT20, which is the most for any player. Only three others have played in 20 or more matches. They are Doug Bollinger, Dirk Nannes and Roelof van der Merwe. Then there are 11 other players who have played 19 matches.

Most matches as captain:

Duminy scored an unbeaten 99 in the first ever match of CLT20 in 2009 for Cape Cobras against Royal Challengers Bangalore. Others to have scored in nervous nineties are Suresh Raina (94*), Aaron Finch (93*), Misbah-ul-Haq (93*) and Chris Gayle (92).

All stats and numbers include the Qualifiers as well. 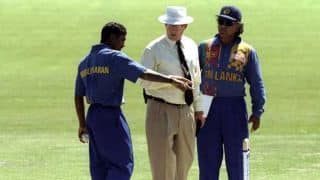