Pujara became the 59th batsman in first class cricket to be given out handling the ball.

Cheteshwar Pujara entered the history books as he became the 59th batsman to be dismissed handling the ball. He was dismissed while playing for Derbyshire against Leicestershire in a County Championship Division Two match at Derby. Varun Arora looks at the laws regarding Handling the ball, and lists out the players who have been dismissed that way.

Cheteshwar Pujara was batting on 6 when he was dismissed facing left-arm seamer Atif Sheikh. He faced 21 balls during his 28 minute stay at the crease. He now joins Mohinder Amarnath who was the first Indian to be dismissed handling the ball in an ODI against Australia in 1986.

Before Pujara, Evin Lewis of Trinidad and Tobago was dismissed in similar fashion when he was playing against Leeward Island in March 2014 at Port of Spain.

1. Out Handled the ball

The striker is out Handled the ball if, except in the circumstances of 2 below, in the act of playing a ball delivered by the bowler, he wilfully strikes the ball with a hand not holding the bat.  This will apply whether no-ball has been called or not and whether it is the first strike or a second or subsequent strike.

The act of playing the ball shall also encompass both playing at the ball and striking the ball more than once in defence of his wicket.

2. Not out Handled the ball

(a) the striker will not be out Handled the ball if the strike with a hand not holding the bat is in order to avoid injury.

(i) unless trying to avoid injury, as a lawful second or subsequent strike which prevents a catch.  See Law 37.3 (Obstructing a ball from being caught).

(ii) unless trying to avoid injury, after he has completed the act of playing the ball, as defined in 1 above.

(iii)  at any time while the ball is in play, to return the ball to any fielder, without the consent of a fielder.  See Law 37.4 (Returning the ball to a fielder).

3. Bowler does not get credit

The bowler does not get credit for the wicket.

The most recent dismissals through this method have been listed below. 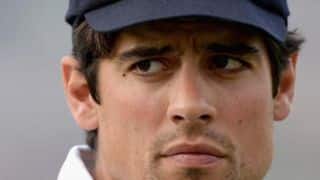 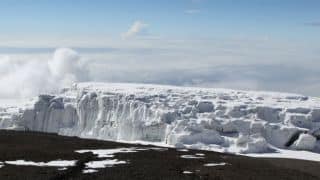