The guise of decoding the cause of failure of the English batsmen, the article just quotes a few known facts, ignores some very relevant ones, and claims that the cause-effect relationship is irrevocably established. This is a major problem with analysis carried out by time-constrained journalists.

Looking at an article on Chinaman bowlers penned by a respected cricket correspondent, Arunabha Sengupta laments about the pitfalls of pseudo-academic pieces.

Stan Nichols scored 11 that day. He was caught behind, off Maurice Leyland, as Essex slumped to 119 in the second innings, on the way to a 10-wicket loss against hosts Yorkshire. The Hull Daily Mail reported that in the Yorkshire vs Essex match at Headingley, Leyland had Nichols caught by wicketkeeper Arthur Wood, the batsman chasing Leyland s Chinaman .

The match was played in July, 1931. The report was contemporary.

It was in 1933 that Walter Robbins missed the line off a ball from Ellis Achong that came back into him and went through his legs as he charged down the wicket. When Ivan Barrow whipped off the bails, Robin supposedly fumed as he walked back. As he passed umpire Joe Hardstaff Sr, he turned towards him and blurted out in the earshot of Learie Constantine, Fancy getting out to a bloody Chinaman .

It is a myth that the word Chinaman was coined after that particular outburst of Robins.

As I have already stated earlier the term was in use at least two years before that.

B Sreeram, one of the most diligent cricket researchers, has already pointed it out to David Frith. The legendary writer has subsequently passed it on to the ACS Journal.

However, during the recent spate of limited overs matches between India and England, as scribes rushed to outdo each other to cash in on the Kuldeep Yadav phenomenon, one was dismayed to find one of the senior-most of the media-men fall for this myth. This respected name penned: The origin of the term is certain enough: in the England v West Indies Test of 1933 at Old Trafford, England s right-handed batsman Walter Robins was beaten and stumped off the bowling of Ellis Achong, a left-arm spinner of Chinese ancestry from Trinidad.

It is precisely the sort of writing that perpetuates myths, even after discoveries to the contrary surface or are brought to light with painstaking effort.

In fact, this particular piece on left-arm wrist spinners is written by one of the more respected names in the cricket writing community, who has been around for a long, long time.

This article of the said writer shows, along multiple dimensions, the basic problem with journalism in cricket, especially in contrast with as opposed to serious academic pieces.

Here, the man in question was observed in the press-box, asking around for names of Chinaman bowlers. It had struck him that there have been very few such bowlers. He had probably already drafted the story in his mind, of the possible cause of English batsmen not being able to play left-arm wrist spin. It was a sensational topic. And obviously that fit as a reason for the English ineptitude in facing Kuldeep.

All that was now needed was to find names and quotes to fit the premise and give it an aura of research.

Due to age perhaps, of the writer and not the cricketer, Paul Adams failed to feature in his list of left-arm wrist spinners. Same with Brad Hogg. After all the journalist in question saw cricket as a young man in the days preceding these exponents. Why, one of his books on a tour in the early 1980s was also hailed as one of the best written by a leading cricket website! One is not even expecting the name of Tabraiz Shamsi playing in an ongoing Test series in his articles (though he surprisingly named Lakshan Sandakan, who is featuring in the same series).

Perhaps due to temporal gap in the other direction, and spatial gaps stretching across hemispheres, Lindsay Kline missed out, although his name was pointed out in the Bristol press-box itself. Going further back in time, Chuck Fleetwood-Smith failed to make an appearance.

However, Jack Walsh and George Tribe do make the list although they did not play as many Tests (Walsh played none and Tribe 3). Even the versatility of Garry Sobers, which extended to wrist-spin, did not merit a mention.If one argues that he was listing bowlers who thrived in county cricket, Sobers spent quite a lot of his time in England during the summers.

But then Walsh had to be included. After all, Ray Julian, the wicketkeeper who kept to Walsh in his early days, was close at hand for a comment.

Denis Compton, however, was mentioned. He figures in most of the traditional English pieces that look back at the past. The Chinaman connection was obviously a quick win.

However, Michael Bevan, another batsman who bowled, capturing considerably more international wickets using the same form of bowling (including a ten-wicket haul against West Indies), did not quite register in the immediate memory. Same with Simon Katich.

Somehow it was divined that Trinidad produces several Chinaman bowlers. Who are these bowlers? Achong, Inshan Ali and Dave Mohammed? Do they form a significantly large proportion among bowlers when compared with other teams? That involves too much statistical rigour.

The Johnny Wardle story of bowling wrist spin during the 1954-55 tour was recalled, with the airy-fairy estimate that the Wardle took 34 wickets with this sort of bowling. Now, given Wardle captured just 102 wickets in his career, and bowled wrist spin in only about 3 or 4 of his 28 Tests, 34 is more than a bit of a stretch. Five would be reasonable, 10 a liberal estimate. But, like the rest of the article, this derivation again is based on wishful thinking and lack of rigour. The method of calculation is dismissed as by my reckoning .

In fact, in the guise of decoding the cause of failure of the English batsmen, the article just quotes a few known facts, ignores some very relevant ones, and claims that the cause-effect relationship is irrevocably established.

This is a major problem with analysis carried out by time-constrained journalists.

Rigour succumbs to the greater requirement of speed of turnaround and rush for eyeballs. Scientific verification and validation is hinted at but the process is carried out by reversing the steps of an academic derivation.

A trained scientific analysis would go through the tasks of of tabulating data and testing whether the cause-effect relationship really holds water, based on proper test-statistic and test results (p-values and so forth).

Here, the conclusion is crafted by the experienced mind, quick questions and search strings fired for ad-hoc data and names which support that said conclusion, and, finally, the output is an opinion piece with garnishing of selective data and facts.

To sports journalists, analytical articles happen to be just extensions of opinion pieces, and thus such offerings start out as a contradiction in terms right from the word go. 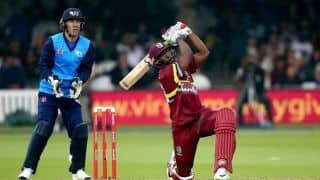 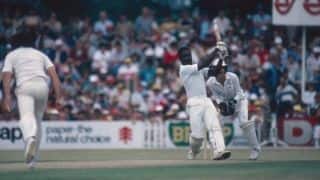