Chris Harris is also regarded as one of the best fielders ever produced by New Zealand.

Born November 20, 1969, Chris Harris is the third highest wicket-taker for New Zealand in One-Day Internationals (ODIs). A cricketer-turned-medical representative, the all-rounder remains one of the best that New Zealand have produced who made a strong mark on the sport s 50-over format. Harris is also regarded as one of the best fielders ever produced by New Zealand. Devarchit Varma lists down a few interesting facts about Harris.

1. Cricket runs in the family

Not many are aware but Harris is the son of former New Zealand Test cricketer Parke Gerald Zinzan Harris, who played 9 Tests for the BlackCaps between 1955-65. Chris Harris brother Ben Harris played 35 First-Class matches for Canterbury and Otago.

2. And so does dentistry

Harris family does not only love cricket but they have a strong connection with the medical line. His grandfather, father, uncle and even cousin are dental surgeons, according to Cricbuzz.

Harris admitted that even though New Zealand cricketers were paid well, he still needed to keep money coming in after retirement. Harris played in the Indian Cricket League (ICL), but missed out for being selected for the Indian Premier League (IPL). In 2010, he moved to Zimbabwe briefly to coach their Under-19 team, but returned back home next year.

The great Kiwi cricketer is presently working as a medical representative, selling equipments to orthopedic neurosurgeons. This is not all, his job requires Harris to remain present in operation theatres during surgeries to help out doctors with his equipments and devices!

Chris Harris was the first New Zealand cricketer to reach 250 ODIs, and unfortunately his run ended at that figure. He played his 250th ODI at Sydney against Australia on December 8, 2004, which was his final international appearance for New Zealand.

With 203 wickets in exactly 250 ODIs for New Zealand, Harris remains the only four lucky bowlers to have taken more than 200 wickets. Harris is currently placed at third spot behind Daniel Vettori (297) and Kyle Mills (240). The fourth in the list is Chris Cairns, with exactly 200 scalps.

7. Exploits as a batsman

Harris is still the ninth-placed cricketer with most runs in ODIs for New Zealand. In 250 appearances, Harris scored 4,379 runs at 29, with just one ton and 16 half-centuries.

8. Not much of a Test cricketer

Even though Harris remains one of the greatest New Zealand all-rounders, he did not enjoy success in Test cricket. He played 23 Tests, score 777 runs with five half-centuries, and has only 16 scalps to his credit.

Harris enjoyed an excellent run in late 1997, having hit his only century in international cricket about a year ago (against Australia at Chennai in 1996). He remained unbeaten for as many as 19 innings, a period in which he cracked three half-centuries.

Having reduced New Zealand to 132 for 5 in their chase of 265 in the ICC Knockout tournament s final in 2000, India thought they had the game. But they ran into a wall named Harris, who formed a 122-run stand with Chris Cairns to hand New Zealand a memorable win by four wickets. Harris scored 46 off 72 balls with the help of four boundaries. 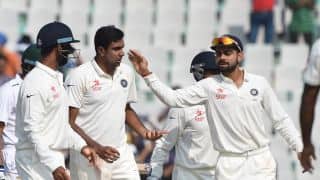 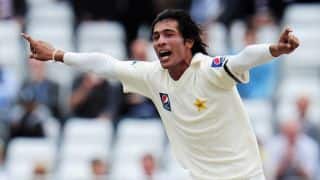