30 years ago Chris Tavare went on a strokeless spree, that drove bowlers to despair and sometimes teammates to religious contemplation. Arunabha Sengupta recalls the celebrated crawl the day Mudassar Nazar was running through the English side. 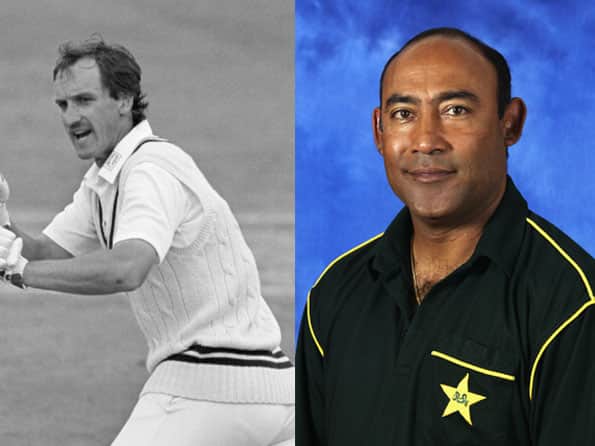 30 years ago Chris Tavare went on a strokeless spree, that drove bowlers to despair and sometimes teammates to religious contemplation. Arunabha Sengupta recalls the celebrated crawl the day Mudassar Nazar was running through the English side.

He used to stun deliveries into absolute stillness, applying the deadest of bats. And then, he would take a slow walk almost up to the square-leg umpire, looking at the feet, communing with his inner self as the despairing bowler walked back to his mark.

In his Captain’s Diary, 1983, Bob Willis wrote, “When he strolls away towards square-leg…it is like an act of thanksgiving that the previous ball has been through.”

But even Chris Tavare outdid himself on this day 30 years ago.

The previous day, the first Sunday that ever witnessed Test action at Lord’s, England followed on in the morning, 261 behind. With cloud cover and moisture in the air, captain Imran Khan introduced part-time medium-pacer Mudassar Nazar as early as the 10th over. Soon, the gentle swingers had Derek Randall bowled, Allan Lamb leg before and David Gower caught behind.

However, Tavare, taking a record 67 minutes to open his account, remained unbeaten on 24 at stumps on a rain and bad-light interrupted day, with Ian Botham keeping him much brisker company at 55.

August 16 dawned bleak, with gloomy clouds and rain interrupted immediately on resumption. England’s chances of saving the Test brightened distinctly as it remained dark and threatening.

When the match resumed after noon, Mudassar was given the ball and he removed Botham – caught at backward point. With little added, Gatting snicked one to the keeper.

All the while Tavare remained stuck on 24 – for a full hour! He thus became the first batsman in any sort of cricket to stay scoreless during two separate hours of an innings.

His fifty, when it arrived, did so in 352 minutes and 236 balls – the second slowest in all First- class cricket after Trevor Bailey’s infamous crawl at Brisbane in 1957-58.

To be fair to the man, his next 30 runs came at a comparative blitzkrieg. When he was eighth out for 82, edging one from Imran outside the off stump, he had been at the wicket for 406 minutes, consuming 277 balls.

Mudassar, the “Man with the Golden Arm”, finished with six wickets for 32. Imran sent Javed Miandad in with Mohsin Khan to beat the fast approaching rain clouds. The two of them knocked off the 77 runs for victory, scampering between the wickets like a couple of steroid- injected rabbits.

Tavare, incidentally, repeated his feat of two mammoth run-less sessions in a match, although not in the same innings. In Perth later that year, he was stuck on 66 for 90 minutes and then took 63 minutes to get off the mark in the second essay. His second innings effort got him nine from 82 balls.

A career strike rate of 30.50 in the 31 Tests does indeed vouch for the unfailing consistency of his approach. Given that he often batted alongside Geoff Boycott and Mike Brearley in the English top order, one cannot help but admire the indomitable spectators who still thronged to the ground.