The rivalry between India and Pakistan has its deep roots in history, and things reach a fever pitch when the two sides face each other. If the pressure of playing each other in a simple game is immense, it just magnifies in a World Cup. It is a game both sides desperately want to win, irrespective of their standing in the tournament as it is a matter of prestige. 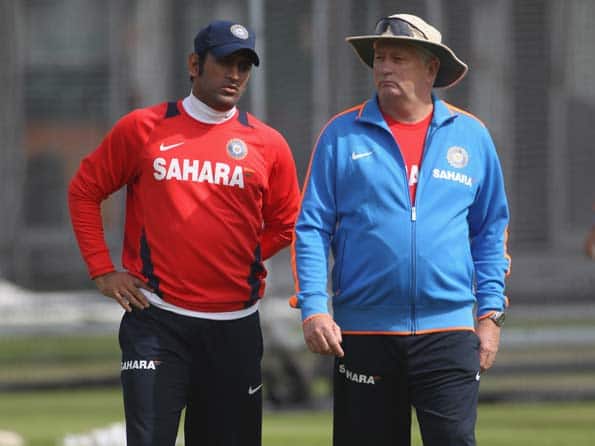 It is a high-voltage encounter – one whose intensity and fervour transcends the boundaries of the cricket field. The rivalry between India and Pakistan has its deep roots in history, and things reach a fever pitch when the two sides face each other. If the pressure of playing each other in a simple game is immense, it just magnifies in a World Cup. It is a game both sides desperately want to win, irrespective of their standing in the tournament as it is a matter of prestige. The ICC World T20 2012 is poised to host the two arch-rivals and witness an encounter that is potentially breathtaking – one which would bring the two countries to a standstill.

India’s record against Pakistan in World Cups – both the 50-over and the World T20 – is fantastic; they have never lost a game! Prior to the ICC World T20 2009, the two sides played each other in a warm-up game – which was also won by India. However, Pakistan got one back before the start of the current edition – albeit in a similar practice affair. Players from both sides would vouch for the fact that no contest between the two sides is any less significant. Thus, India’s defeat in that game may be a bit of a psychological dent ahead of the crucial Super-Eights match.

Mahendra Singh Dhoni number of questions before him as his team has been erratic in the tournament so far. The win against England raised the expectations of the fans and some stated that India had the goods to go all the way. However, it was almost as if they had ignored the fact that the English batsmen were inept at playing spin – something that was the biggest factor in India’s comprehensive victory. The crushing defeat to Australia took India to the opposite end of the spectrum as the same bowlers were carted around the park with ease.

It is imperative that Dhoni gets the balance of his side right as there were a number of loopholes in the last game. Irfan Pathan shouldn’t open the batting, irrespective whether Virender Sehwag is brought back or not. However, the return of Sehwag may help as he has done well against Pakistan on many occasions in the past. In such high-pressure games, his uncomplicated thinking allows him to absorb the pressure at the top and take India off to flyers. A quick-fire 20-odd off his bat may be enough to lift the spirits and set the ball rolling.

The five-bowler strategy was labelled as the ultimate saviour and something that would change India’s fortunes. It did work wonders against England, but went awry in the game against Australia. Perhaps, Dhoni erred by over-emphasising on spin. Playing three specialist spinners was always going to be a gamble and he must avoid it this time. The Pakistan batsmen are fantastic players of spin and wouldn’t have too many problems playing them. India had used five-specialist bowlers in the warm-up against Pakistan and it clearly didn’t work. Thus, they must clearly chalk out the options they want to use.

Pakistan have been a fantastic side in T20 internationals and the pressure is clearly on India given the complete picture. However, the whole notion of playing Pakistan may boost India’s morale and pep them up for the contest. It may be a required push to lift their performances and beat their neighbours. At the Asia Cup earlier this year, India comfortably chased a huge total against Pakistan at the back of Virat Kohli’s stupendous century. That win had come in the aftermath of the shocking defeat to Bangladesh. It would be a mistake to write India off, but Pakistan clearly have the advantage on many fronts.

Is the Pakistan warm-up victory a ripple that changes the tide or would India rise to the occasion and manage to defend their unbeaten record?

(Nishad Pai Vaidya is a Correspondent with CricketCountry and an analyst for the site’s YouTube Channel. He shot to fame by spotting a wrong replay during IPL4 which resulted in Sachin Tendulkar’s dismissal. His insights on the game have come in for high praise from cerebral former cricketers. He can be followed on Twitter at  http://twitter.com/nishad_44)