For a lot of young spinners from outside the sub-continent, India has become their favourite hunting ground. A couple of years ago in 2011, a 23-year-old youngster from the West Indies by the name of Sunil Narine came to ply his trade in the Indian Premier League (IPL) for the Kolkata Knight Riders (KKR). 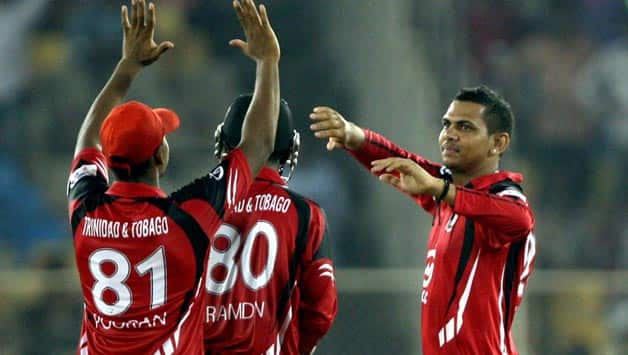 For a lot of young spinners from outside the sub-continent, India has become their favourite hunting ground. A couple of years ago in 2011, a 23-year-old youngster from the West Indies by the name of Sunil Narine came to ply his trade in the Indian Premier League (IPL) for the Kolkata Knight Riders (KKR).

What began as his first full-fledged tryst with the sub-continental nation turned out to be a place where success came readily to him. He was the second-highest wicket-taker then, with 10 scalps from six games at a phenomenal economy rate of 6.25. That performance turned out to be enough to attract bids during the player auctions in the 2012 edition of the IPL.

Playing for KKR, Narine’s love affair with India began to brew and picked up pace as he finished with 24 wickets in his side’s title-winning season. He is back to India, this time with the Trinidad and Tobago side, to renew his fling and rekindle some old memories.

Narine has always been a man of deception and disguise. Not many batsmen today know exactly how any of his deliveries would behave after pitching. Most sloggers in the slam-bang version of the game play him on instinct and give him enough space and opportunity to trick them into throwing their wicket away.

One of Narine’s biggest strengths is that he negates the batsman’s idea of watching the ball from the bowler’s arm as his action gives very little away in terms of which way the ball could turn. Narine’s ability to move the ball in two completely different directions without having to make any visible changes to his bowling action and his grip of the ball has helped him fox some of the best in business.

He is already the highest wicket-taker in the ongoing Champions League Twenty20 (CLT20) 2013 with Trinidad and Tobago qualifying for the semi-finals as the table toppers of Group B. His spell against the Brisbane Heat (two for 25) came in an important phase of play. Defending a low total, Trinidad were in desperate need of wickets in the middle overs. Narine’s double strike in the 15th over pegged the Australian side back and eventually gave T&T a 25-run win in the low scoring affair.

His fighting effort of four for nine in the following fixture against the Sunrisers Hyderabad came in a losing cause but it did cause a bit of a panic in the opposition camp.  At one point, even with Thisara Perera going hammer and tongs over the bowlers, one sensed that Trinidad were not completely out of the game. The wicket of Hanuma Vihari is a classic example of how Narine is often ahead of the batsmen by not letting them guess which way the ball could turn.

Even in the game against the Titans, Narine’s twin strikes in the 16th over proved to be crucial breakthroughs as they won by just six runs on D/L method due to rain. In their most important win against the might of Mahendra Singh Dhoni’s Chennai Super Kings at the Feroz Shah Kotla, where the boundaries are much shorter than most of the grounds in India, Narine bowled a miserly spell of none for 12.

In the current era and the short format of the game, where spinners are often regarded as ‘soft targets’ for big hitters, Narine has prevailed. While the batsmen are not giving their wicket away to him, they are busy negotiating his ‘mystery’ bowling and, more often than not, are content with just seeing him off and getting extra runs from the next over. That, for a spinner, is the biggest compliment and the most valuable asset in the slam-bang version of the game.

Narine’s ‘mystery’ is yet to be unraveled. Like Sri Lanka’s Ajantha Mendis, the West Indian will hope to make the most till it lasts. For the moment, his next assignment is to deal with the big-hitting batsmen from Mumbai Indians who he will go up against in the second semi-final of the tournament on Saturday. Can he continue to weave his magic and bamboozle one of the most star-studded batting line-ups?

Well, that remains a ‘mystery’.