Mumbai look a far better team on paper, Lahore can't be ruled out.

Mumbai Indians (MI) will face Lahore Lions in the second qualifier match of the Champions League Twenty 20 (CLT20) on Saturday. While Mumbai look a far better team on paper, Lahore can’t be ruled out either given the unpredictable nature of the format. Sameer Jha takes a look at some of the key battles that may determine the outcome of the match.

1. Mohammad Hafeez vs Kieron Pollard: The battle of the skippers, Mohammad Hafeez and Kieron Pollard are both power players who can single-handedly win matches for their team. But more than that, it is their captaincy and tactical prowess that will be tested in the match. A single captaincy decision can either win a match or lose a match in T20s as a lot of matches tend to go down to the final over.

As far as experience is concerned, neither player is short on it. Pollard is a T20 specialist and led his home side Barbados Tridents to victory in this year’s Caribbean Premier League (CPL). Hafeez, on the other hand, has had experience of leading Pakistan and is a calm and composed character who will look to outsmart Pollard.

2. Nasir Jamshed vs Lasith Malinga: Nasir Jamshed, who was recently married in Lahore, will be hoping for lady luck to shine on him against Mumbai Indians. However, Lasith Malinga — who has opted to play for Mumbai, and not his home side Southern Express, of which he was the captain — will look to give Jamshed an early walk back to the pavilion as wedding gift.

3. Umar Akmal vs Harbhajan Singh: Umar Akmal may not be a consistent performer, but everyone knows the kind of massacre he can cause on his day. Lahore Lions will depend heavily on him to come good against Mumbai, as he is one of the players with a lot of international experience in their team. He’ll face stiff opposition from a determined Harbhajan Singh, who despite being considered past his prime by the Indian selectors, will look to reproduce the magic he is remembered for.

4. Lendl Simmons vs Wahab Riaz: Lendl Simmons played a huge role in getting Mumbai Indians to the play-offs in IPL 2014, as well as in helping the Guyana Amazon Warriors to progress to the finals of the Caribbean Premier League 2014. He’ll hope that his good form continues and he scores plenty of runs for his team against Lahore too. Simmons will have to contend with Wahab Riaz, whose five for 46 in the 2011 World Cup semi-final against India could have potentially cut short all the glory that MS Dhoni and his men received.

5. Ambati Rayudu vs Aizaz Cheema: Ambati Rayudu will certainly be extremely high on confidence after making the most out of the opportunity he was given in the recently concluded India’s tour to England. He will look to continue his form for Mumbai Indians too, and hope to be a solid presence in the middle-order. However, the 35-year-old Aizaz Cheema will do his best to ensure that Rayudu’s stay at the crease is short and his contribution to the Mumbai Indians total is small. Cheema, was a consistent wicket-taker for Lahore Lions in Pakistan’s domestic tournament, and he will be looking to continue that run in CLT20 too. 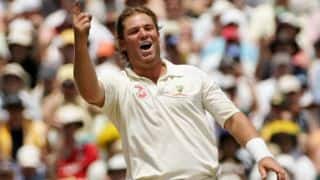