Colin Bland, who passed away on April 14, 2018, is often regarded as the best fielder to have graced the game. He was also a top-flight batsman. Arunabha Sengupta pays homage to the man who made people flock to the ground to watch his deeds at cover and mid-wicket

Kent s match with the touring South Africans had been held up by a wet wicket. The crowd was getting restless.

Colin Cowdrey, captain of the home county, approached the opposition camp with a request: would Colin Bland please entertain the spectators for a while?

Bland, the South African middle-order batsman, generally liked to keep a low profile. He was self-effacing to a fault. His efforts in the field, and often those at the crease, were mind-boggling. But he liked the anonymity of being one of the side, a solitary figure in white amidst several.

But perhaps the famous Cowdrey charm won him over today. He agreed.

From somewhere a set of stumps materialised in the outfield. A ball was driven 15 times, at several speeds, at several angles, into the ground. And there was Bland, patrolling the premises all alone. He sprinted across, 20 to 30 yards each time. And then he swooped down on the travelling cherry. And then came the pickup and the throw at full tilt.

On 12 of those 15 occasions, the ball flew unerringly from his hand and struck timber.

He was that good.

Less than a week earlier, Bland had electrified the Lord s crowd on two consecutive days. Ken Barrington, on 91, had pushed to vacant mid-wicket and charged for what looked like an easy single. Mike Smith at the other end had already backed up and making his way to the striker s end. From mid-wicket Bland had run full tilt, darted round the square leg umpire, honed in on the ball, and swinging his torso had thrown it with not a part of his body touching the ground. Like an arrow it had travelled to the non-striker s end and broken the stumps. Barrington had hardly been able to believe his eyes and then his fate as he had walked back, well short of his ground.

And then on the Monday morning, Jim Parks had tried something similar. Bland had taken off again and thrown the stumps down again, this time the ball passing through the legs of Parks.

In Sporting Century, Frank Keating later wrote: On that thrilling full-house Saturday afternoon at Lord s, it was the English batsmen who should have been forewarned about Bland for only the winter before, on that same club ground at Salisbury, the tall, athletic, dead-eyed fieldsman had similarly and dramatically thrown out with direct hits two England batsmen, [Mike] Brearley and [Ted] Dexter, on MJK Smith s MCC tour.

Bland was characterised by his uncanny ability to hit the wicket whilst running at full pace, often in the opposite direction. Most of his run-outs were achieved from cover or mid-wicket, and he often hit the wickets from a side-on position with only one stump to aim at. Another tactic made possible by his brilliance was to place mid-off much deeper than usual, lull the batsman into the security of a safe single from a gentle drive and then have Bland rush across from cover to throw down the bowler s wicket.

He was also outstanding on the fence whether placed there by the captain or having reached in pursuit of a travelling ball with panther-like strides. His throws from more than 80 metres travelled in a blink, traversing the whole distance at the level of the bails.

Yes, fielding is one aspect of the game which has improved in an exponential curve, and consistently for the better. This is the one aspect which even old-timers wallowing in rosy retrospection cannot quite claim was better in their day. But even when we measure him against the high-octane standards of the modern day game, we cannot quite say that Bland was not one of the all-time best fielders, if not the very best.

Standing at cover or mid-wicket, Bland cut off singles through his mere presence. Very few batsmen were eager to chance his arm.

In his homeland, crowds flocked to watch him field.

But it is often forgotten that he was an excellent batsman as well. Making his First-Class debut against Peter May s Englishmen as a schoolboy cricketer, Bland enjoyed a very successful Test career with the bat.

An aggregate of 1,669 runs in 21 Tests at 49.08 make for very, very healthy reading. He scored three hundreds in Tests, in diverse lands. One came at Johannesburg, one at The Oval and one at Sydney. He performed everywhere. In fact, he boasted an average of 57 away from home, as opposed to 42 in South Africa. The tougher the attacks the better his scores became. Indeed, the only time he failed in a series was in his very first international challenge, against a lukewarm New Zealand attack at home in 1961-62.

But even in that series, he left his mark. In the fourth Test at New Wanderers, Johannesburg, New Zealand skipper John Reid was batting on 60 when he struck Goofy Lawrence hard and low. As eyes strained towards the boundary pickets, Bland flew and swooped, the very motion which earned him the tag Golden Eagle , and came up with the ball as the players and spectators pinched themselves. According to surviving eye-witnesses, for all the flying feats of Rhodes, this would rank as the catch of the century. Reid paused to applaud before leaving the field.

It all came to an end against Australia at Johannesburg in 1966-67, in tragical circumstances. Chasing a ball at full tilt, Bland crashed into the boundary fence. The injury ended his Test career. And also his days in the outfield.

In domestic cricket, he became one of the best slip fielders of the land. And from time to time played incredible innings of quality. But the genius of his fielding was not seen again.

Bland, named one of the Wisden Cricketers of the Year for 1966, later coached cricket and squash. In 2004, he was hired by the MCC as a fielding coach.

He passed away after a battle with colon cancer. 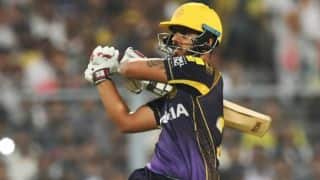 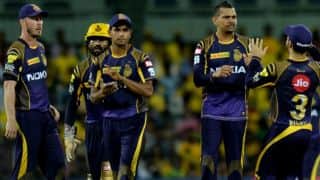