Despite of a good career bowling average of 26.15 in Tests, Colin Miller is remembered for the character that he was.

Australia were then by far the best team in the world and Colin Miller often found a spot in their Test XI as a regular bowler who could bowl off spin as well as medium pace. Now that’s some achievement!

Despite of a good career bowling average of 26.15 in Tests, Miller is remembered for the character that he was. His experiments with his hairstyles made him extremely popular and in this Test match against West Indies in 2001, Miller appeared with his hair dyed blue. When he came on to bowl, Courtney Walsh couldn’t stop laughing, neither could the Miller himself.

“I was threatening to dye it green if I had been picked for the one-day games, but I wasn’t. Blue seemed like a good idea. The reaction was massive, far greater than I’d expected, and there was nothing negative,” Miller was quoted by Guardian about the funny Walsh incident. In that innings, Miller went on to dismiss Walsh. 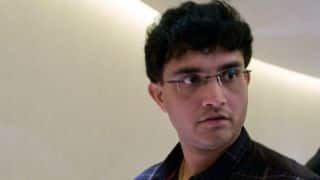 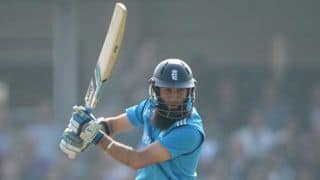 Sri Lanka vs England 2014: Moeen Ali to open batting with Alastair Cook in tour game against Sri Lanka A