Board of Control for Cricket in India’s (BCCIs) President Jagmohan Dalmiya passed away on Sunday, leaving his post — which he had occupied not long ago — vacant.

Board of Control for Cricket in India’s (BCCIs) President Jagmohan Dalmiya passed away on Sunday, leaving his post — which he had occupied not long ago — vacant. Dalmiya’s sudden demise has created a vacuum at the top and added to the worries of the already problem-ridden BCCI, which is still battling the ghosts of IPL spot-fixing and betting scandal. Dalmiya, who served as the President of the BCCI twice and chairman of the International Cricket Council (ICC) once, had a calming effect on the Indian cricket board, just what it needed after the fiasco. Now with the post of BCCI president being vacant, quite a few will try their luck for the top job. All eyes though will be on BCCI secretary Anurag Thakur, as the top brass of the cricket board will get together in the next fortnight to decide on the way forward. As a matter of fact, Thakur, who reportedly has been calling the shots all this while, too is a contender for the top BCCI post. Let’s have a look at some of the contenders:

Sharad Pawar: The cricket pundits had written him off. But the Maratha strongman Sharad Pawar, who has served as the president of the BCCI as well as the ICC in the past, made a surprise comeback to cricket administration as president of the Mumbai Cricket Association in June 2015, a position he held from 2001 to 2010 and in 2012. This move gave substance to the (MCA) speculation that he may try for the top BCCI post. And why not, if Dalmiya could return after a hiatus, Pawar could as well. With the vast experience and his astute political acumen, Pawar remains a favourite for the post. [Poll: Who should be the next BCCI President?]

Rajeev Shukla: His name has already started doing the rounds. The current Uttar Pradesh Cricket Association president had quit the post of IPL chairman following the scandal over alleged corruption and spot-fixing in the IPL, on June 1, 2013. However, a surprise comeback can’t be ruled out. The BCCI strongman would however require support from eastern state in order to become the President.

Gautam Roy: East Zone’s vice-president Gautam Roy is also in the fray. Considering his seniority — he is senior-most amongst the five BCCI VPs, having first been elected as vice-president in 1992 — he also has a decent case.

Amitabh Chaudhary: Jharkhand State Cricket Association (JSCA) President Amitabh Chaudhary will also fancy his chances since it is the East Zone’s turn to nominate the president until 2017. The fact that he is Srinivasan’s loyalist might also push his case, as the latter has been desperately trying to get back to the power and backing Chaudhary could be his last bet.

CK Khanna: Just like Gautam Roy, CK Khanna too has an outside chance, a feeble one though. Khanna, who comes from Delhi, is the vice-president from Central Zone. However, Khanna might not have many backers in BCCI.

Sourav Ganguly: Arguably India’s greatest captain ever, Sourav Ganguly could now possibly take over the reigns of Indian cricket. Ganguly, who has always been Dalmiya’s blue-eyed boy, first burst onto the scene when Dalmiya was at the helm of Indian cricket. In last few months, with Dalmiya at the helm, Ganguly’s position within the BCCI only consolidated. At present, he is a part of the three-member Cricket Advisory Committee along with Sachin Tendulkar and VVS Laxman. He is also a part of the Supreme Court appointed Justice Mudgal Committee probe panel for the IPL spot-fixing and betting scandal’s investigations. A widely respected figure in the Indian cricket circles, Ganguly’s appointment at the top post shouldn’t come as a surprise, if it does come.

Anurag Thakur: The all powerful board secretary, Thakur holds the second-most powerful post in the BCCI at the moment. He has the backing of the anti-Srinivasan camp and that might do it for him. Though the general feeling is that Thakur’s time hasn’t come yet and he’ll have to wait for the President’s post for now, a surprise elevation to the top post can’t be ruled out. For the time being, Thakur will run the BCCI’s affairs until he convenes the Special General Body Meeting (SGM) to elect Dalmiya’s successor.

The BCCI constitution allows him to do so within next 15 days, where the person, who’s nominated by at least one full member from the zone which proposed the name of the president whose term came to a premature end, can become the president and can hold office till the next elections happen. There is still however a cloud over it as the next date of the working committee will only be decided after Supreme Court gives its verdict. 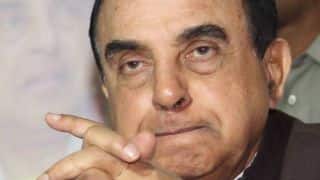 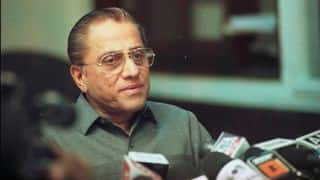