This article, of course, has nothing to do with their on-field achievements.

September 19, 2007. It could have been just another County Championship Division Match, but the dismissal of Kent s Simon Cook in the first innings reminded old-timers of the Lamb caught Kourie bowled Rice dismissal back from the Datsun Shield final of 1979-80. Abhishek Mukherjee looks back at a culinary dismissal.

By 2007, Simon Cook (no relation with Alastair) had moved from Middlesex to Kent. Graham Onions and Phil Mustard, were, of course, out-and-out Welshmen and represented Durham. They have both played international cricket: while Mustard played only limited-overs cricket, Onions 9 Tests have yielded 32 wickets at 29.90; he claimed 5 for 32 and 2 for 64 on Test debut against West Indies at Lord s, but has had an inexplicably chequered career since.

This article, of course, has nothing to do with their on-field achievements. It is about a somewhat significant day at St Lawrence Ground, Canterbury where a dismissal made its way to pub quizzes forever.

The match started with Robert Key opting to bat before the Durham seamers (Onions, Ottis Gibson, Mark Davies, and Liam Plunkett) hit them hard, reducing them to 84 for 6. Some resistance came from Geraint Jones and James Tredwell, but all seemed lost at 136 for 8 when Cook walked out to join South African Ryan McLaren.

Ready for a meal!

With the County Championship at stake, people were too concerned about the outcomes of the matches to care for seemingly innocuous scoreboard entries. Plunkett and Onions probed along as McLaren looked to counterattack.

Cook was expected to hold one end up, but Onions proved too good a bowler for him. The ball took the edge and landed into the eager big gloves of the pragmatic Mustard behind the stumps. As the Durham cricketers rejoiced, so did aficionados of cricket trivia, whether on the ground or following on radio or television or internet: the dismissal Cook c Onions b Mustard was recorded in the scorebooks.

Though McLaren beefed his way to a 55-ball 54 not out, a meagre 212 was all Kent could muster. Martin Saggers and McLaren bowled well in response; Tredwell tried his best to stem the flow of runs; Shivnarine Chanderpaul fell cheaply; Durham were reduced to 156 for 5; but thanks to a 181-ball 117 by captain Dale Benkenstein, they secured a 109-run lead.

Key and Joe Denly added 67 for the opening stand in 69 minutes, but this time Paul Wiseman (4 for 45) rose to the occasion. Kent were bowled out for a mere 160 in the 45th over. Mark di Venuto got Durham to a boisterous start, and Benkenstein promoted Wiseman at No. 4 after they lost two quick wickets. The remaining runs were polished off in a flurry of boundaries.

The match was wrapped up in three days. Durham secured 20 points, moving to 197.5. Would Lancashire or Sussex go past them the following day?

– While the Yorkshire vs Hampshire match at Headingley did not have much in store, Lancashire (at The Oval) and Sussex (at Hove) were battling it out for the trophy on Day Four. Chasing 489 Lancashire were on 27 without loss at stumps, while Sussex needed to beat Worcestershire. Mushtaq Ahmed wrapped things up in an hour-and-a-half: the innings victory gave Sussex 22 points as Mushtaq added 7 for 132 to his 6 for 93.

Meanwhile, drama was unfolding at The Oval, where Lancashire reached 185 for 2 at tea with VVS Laxman and Stuart Law at the crease. Laxman fell for a 100-ball 100 short afterwards, and though two quick wickets fell just before tea Lancashire were on course. In the end they collapsed for 464, got a mere 4 points, and Sussex won the Championship. 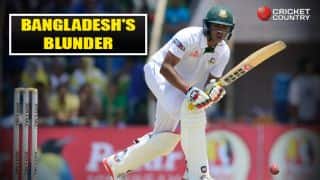 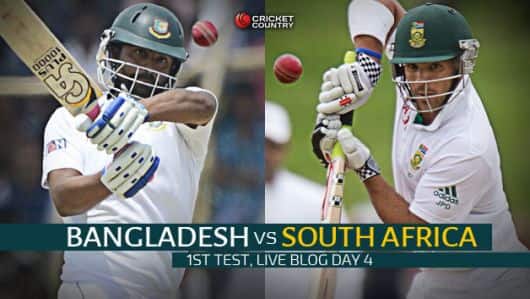