The Colin Cowdrey Spirit of Cricket Lecture always garners headlines, but few speeches have been as acclaimed as Kumar Sangakkara's in 2011. Strolling as effortlessly as one of his cover drives through sport, politics, his upbringing and the 2009 terrorist attack on Sri Lanka's team bus in Pakistan, he delivered an emotive, touching talk on cricket's role within life and its powers for the wider good. 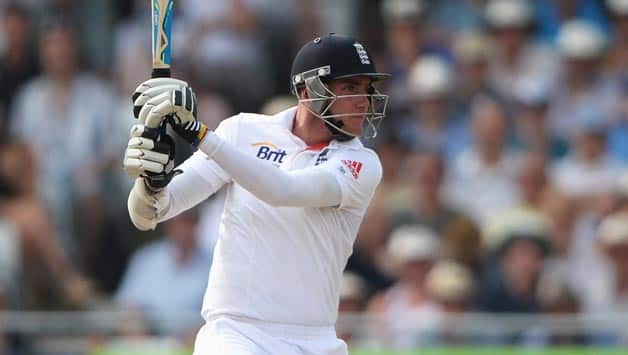 The Colin Cowdrey Spirit of Cricket Lecture always garners headlines, but few speeches have been as acclaimed as Kumar Sangakkara‘s in 2011. Strolling as effortlessly as one of his cover drives through sport, politics, his upbringing and the 2009 terrorist attack on Sri Lanka’s team bus in Pakistan, he delivered an emotive, touching talk on cricket’s role within life and its powers for the wider good.

Sangakkara’s antics at the toss of the World Cup final in the same year, however, perhaps offer us the best indication that the notion of the spirit of cricket should be couched in precisely those more worldly terms rather than in the actions of the game’s individual players in their efforts to do what’s best for both themselves and their teams. After losing the toss to MS Dhoni, the Sri Lankan captain successfully obfuscated the call he’d made to the extent where a reflip of the coin was ordered which he subsequently won. His argument appeared to be that the crowd was so loud he couldn’t hear whether he’d called heads or tails — a piece of moral duplicity so brazen you almost felt it deserved its dubious rewards, however futile it was rendered by Dhoni’s subsequent match-winning batting masterclass.

Sangakkara has been the most notable ambassador for both cricket and the value of self-grooming for his near 15 years at the pinnacle of the sport, yet it is the actions of another of the game’s well turned out young beaus who has attracted the opprobrium of everyone from Piers Morgan to Richard Dawkins during the first Ashes Test. Stuart Broad got an edge thicker than tar to a delivery from Ashton Agar during England‘s first innings, but, as everyone on earth and possibly beyond now knows, refused to walk. The reaction was sustained, moralistic and ludicrous, with Dawkins himself tweeting that, “Stuart Broad obviously knew perfectly well he was caught. Refused to walk. What a revolting cheat. I now want Australia to win the Ashes”

Perhaps the world’s leading atheist genuinely believes that all cricketers walk on water, but he sounded as pious as one of the religious leaders he so regularly takes to task by diving into the pulpit on this incident. Cricketers themselves have for many years accepted the maxim “Let he who casts the first stone be without sin” holds sway on the matter of walking, with Adam Gilchrist being one of the minority who could genuinely claim a clear conscious on the matter.

But even the former Australian wicketkeeper on Sunday said — whilst rebutting media stories which attributed quotes to him which were actually made from a fake Twitter account — that “I had my go and I am now content to sit back and watch the current generation play the game in whatever manner they are comfortable with.” For the vast majority of players comfort is standing their ground, an attitude which is lent weight by the peculiarities served upon them by the scattergun logic decisions of umpires both out in the middle and third such as Kumar Dharmasena and Marais Erasmus.

What Broad did was shameless but not shameful, yet — as has been noted in many other pieces — the condemnation he’s received says much more about people’s attitudes towards male personal grooming and his occasional on field petulance. Sky Sports‘ new addition in the commentary box, Andrew Strauss, was asked during one stint whether Broad or Swann was worse when it came to pleading for a review off their own bowling. His diplomatic but arch response was that, “They’re both difficult,” before going on to defend his two previous charges by referencing their will to win and the difficulties of clear thinking in the passionate midst of a Test match.

Earlier this year, Sangakkara returned to his theme when speaking about the Tamil Nadu government’s decision to ban Sri Lankans from playing in any Indian Premier League (IPL) matches in Chennai, claiming that “the spirit of cricket won’t be curtailed by such prejudice.” Whether you believe the decision of the region’s chief minister J Jayalalitha’s was an act of mucky political self-promotion and opportunism or a noble stance in solidarity of Sri Lanka’s Tamil minority, this was cricket’s unique societal, colonial and political hinterland in play and the outrage was comprehensible.

The reaction to Broad’s decision to stay put from people such as Dawkins simply was not, and it’s one of the unpalatable truths of cricket’s evolution that not walking can sometimes mean winning. Dawkins and his fellow disciples of cricket’s elusive moral core should all put away their creationist faux outrage. In an Ashes series especially, it’s survival of the fittest.