Cricket was a matter of pride for the gentlemen who thrived in playing one of the most unnatural sports known to mankind and devoid of mass infiltration. 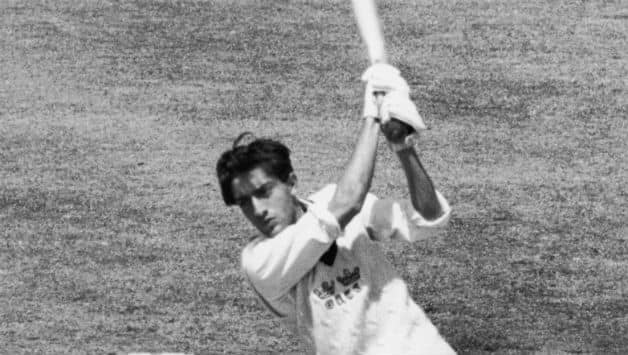 The game of cricket by design and structure was meant for the elite and the classes, like the Nawab of Pataudi ©  Getty Images

The ever-sharp Ian Chappell once asked the then Indian skipper Mansur Ali Khan Pataudi what he did for a living.

“I’m a prince,” was Pataudi’s response.

Not getting the point, Chappell asked Pataudi what he did between nine and five.

Yes, the game of cricket by design and structure was meant for the elite and the classes, the prince and the kings. Back in the early 20th century, the famous English author PG Wodehouse recounts in his book Now Talking About Cricket, “Do you like cricket better than footer?”

Cricket was a matter of pride for the gentlemen who thrived in playing one of the most unnatural sports known to mankind and devoid of mass infiltration. Settled into the class of a jazz, opera and the waltz, it was a natural weapon to reinstate power to the riches.

However, a sport so closely knitted into the culture of the English elite is failing to sustain itself in the upper steps of the wobbling ladder. The recent turn of events in the world of cricket has suggested that the International Cricket Council (ICC) is in desperate search for its mass appeal in order to ensure the survival of the sport. The latest development in offering the sport to the masses is the initiation of the Day/Night Test matches with coloured balls. It is not the first time that changes have taken place in the original form of the sport to increase its appeal, yet it almost seems a desperate attempt this time. Moreover, every time a format has been tried, it has ensured success — short-term, at least, if not for a long period.

The format was first used in a First-Class game recently in South Africa where it got an average response from the players and the officials. Of all the criticisms of the format, the changing playing conditions were the most severe, followed by the sight of funny coloured balls.

Former Australia wicket-keeper Adam Gilchrist told DNA, “I don’t think the conditions remain the same as the game progresses beyond early afternoon. It is bit unknown whether to pick red ball under lights. It seems like a different proposition.”

Hussey also chose to see the lighter side of things. “The orange ball was a bit like a comet. I haven’t really tried the pink ball, but I believe that’s the next one they’re trialing,” he was quoted as saying by news.com.au.

Although it is quite evident that the format has not been well received across the cricket fraternity, it would be too early to rubbish it. Maybe a trial run would help a game that is walking blind on a path searching for its right audience. No, the ICC won’t look foolish in doing so, because it is highly evident that game has seen a magnanimous shift in power over the years.

The power domination has inverted and India is proudly displaying the art of its colonial masters. While it still reserves an elitist position in the British land, India and other nations have managed with a certain degree of success to mobilize it to their masses.

It is not the first time that efforts have been made to revamp the game in order to help it survive the changing times. Yet, every time it has faced sharp criticism and denial for acceptance from the connoisseurs of the game.

For the Lords and the Nobles who once played the beautiful game, need to realise that the sport is not influenced and played by the riches anymore and that it needs to bank on what P Sainath would call ‘The Wealth at the Bottom of the Pyramid’.