Cricket Ovals around the world: An elliptical study

Cricket Ovals around the world: An elliptical study

Let's have a look at the many Ovals that have hosted international cricket.

As India take on England in the deciding Test of the Pataudi Trophy of 2014, Abhishek Mukherjee looks at the miscellaneous ‘Ovals’ around the world.

Cricket has its oddities, but few are bigger than the varying shape of the grounds. They are supposed to be circular, but they come in all shapes and sizes (even polygons), and this is not only the HD Kanga League matches that often take place on overlapping grounds that I am talking about.

It is surprising, the way many grounds have opted for the ellipse. Maybe it has to do with the space constraints of the cities in question; but throughout the world (barring India, Pakistan, and Bangladesh — in other words, what used to be undivided India — and Zimbabwe) they have had an affinity towards the elliptical shape.

They refer to Kennington Oval as The Oval, perhaps because it was the oldest of all Ovals (it was also the second ground after MCG) to host international cricket. The Adelaide Oval took four more years to happen, and it was not until the late 1920s that the West Indian Ovals — Kensington Oval (Bridgetown) and Queen’s Park Oval (Port-of-Spain) came into being.

Let us, then, have a look at the many Ovals that have hosted international cricket:

–          St George’s Park, Chevrolet Park, Harrup Park, or Queenstown Events Centre were all oval-shaped but did not originally have Oval in their names. Their subsequent names do.

–          Bert Sutcliffe Oval is the only Oval named after a cricketer to have hosted international matches.

–          The two Malaysian Ovals are the only ones from non Test-playing countries to have hosted international matches.

–          Ray Mitchell Oval, Mackay had hosted the shortest ODI ever: the rain-washed encounter in World Cup 1992 had lasted a mere two balls.

Barring these grounds, there are a few Ovals that have hosted Women’s matches of Under-19 matches — a list completely dominated by Australian grounds (what is it with Australia and elliptical grounds)? 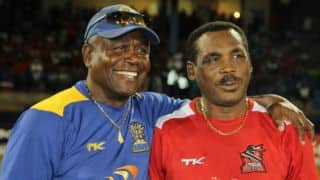 Desmond Haynes: Would like to see Kieron Pollard captain West Indies at some stage 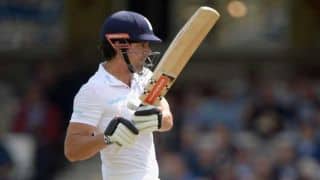 India finally take a catch at slip; Alastair Cook dismissed for 79 on Day 2 of 5th Test