A rather decent campaign for Sri Lanka, and while some might argue that the two washouts helped their cause, with the two points, their three wins was proof enough that they still have the opportunity to come back a better team

Sri Lanka were not expected to win a single game at the ICC Cricket World Cup 2019, let alone be in contention for a spot in the semi-finals. In the end, they notched up three wins – on of them over pre-tournament favourites England – and were in the race for the knockouts till the last week of the league games. A decent enough campaign for rank outsiders. Dimuth Karnuaratne, the captain who last played an ODI before this World Cup in the 2015 edition, walks away with a certain amount of credibility and while there still doesn t seem to be enough in Sri Lanka camp to be happy about, the team did marginally well.

Upset win over England – That Sri Lanka win made the 2019 World Cup a whole lot exciting. If, following the script, England had beaten Sri Lanka, we would have been staring at a host of dead rubbers in this round-robin format. But, that was not to be. All thanks to a certain Laisth Malinga. The former captain, who was dumped rather unceremoniously and in his last leg as an international cricket, produced moments of magic to stun England with a terrific spell of 4/43 in his ten overs. Unfortunately, Malinga won t be around for long to bail of Sri Lanka, but, if this was his final hurray, it was worth remembering. ALSO READ: Team Review: Spirited Afghanistan done in by off-field rhetorics

The very first game – Sri Lanka took on a formidable New Zealand in their opener and while nobody gave Sri Lanka a chance at victory, no one would have envisioned the 1996 champions getting bundled out for just 136, and then letting NZ canter to the target in just 16.1 overs. While the match highlighted New Zealand s superb form at the start of the tournament, it was also a reminder that the once an ODI powerhouse, Sri Lanka, were a distant shadow of their former self. With no intent at all, it was a mere warm-up game for the Black Caps.

Karunaratne found himself in very very precarious position. Let alone not being the first choice captain, he wasn t even the first choice player in this team six months back. But such was Sri Lanka s dire situation that the management pinned hopes on the Test captain that had led the team to a remarkable Test series win in South Africa, an year earlier. And to his credit Karunaratne fought hard and led the troops with pride. He led from the front with 222 runs in seven innings at an average of 37 and two fifties to his name. He was astute during the post match press conferences and came across as somebody who understood his team s limitation and was straight forward in accepting the mistakes. He was always vocal in advocating for more support for this team and for a team that is struggling, a fearless captain, batting for his team is definitely the need of the hour.

Lasith Malinga – The 35-year-old was the standout performer for his team with 13 wickets at an average of 28.96 and managed to keep himself fit for the entirely of the campaign, playing all seven matches and bowling 61.4 overs. He was instrumental in the team s win over England and contributed well in the wins over Afghanistan and the West Indies. However, in the later part of the campaign, the exciting Avishka Fernando hogged the limelight, and rightfully so with 203 runs in four matches at an average of 50.75

Kusal Mendis – Along with Dinesh Chandimal, Mendis was that one talent earmarked for greatness. Unfortunately, Mendis career arc seems to be shaping up similar to that of Chandimal. For all his prodigious talent ans sumptuous stroking-making, Mendis averages only 27.80 in ODIs and in this World Cup, the story was no different. A constant No.3, Mendis managed only 143 runs in seven matches at an average of 20.42.

A rather decent campaign for Sri Lanka, and while some might argue that the two washouts helped their cause, with the two points, their three wins was proof enough that they still have the opportunity to come back a better team. If SL management show enough faith in Karunaratne s leadership and groom talents like Avishka Fernando, Kusal Perea and Nuwan Pradeep in a proper manner, this World Cup campaign will be a great way to start the rebuilding phase for the team with seniors like Angeo Mathews.

Most runs: Angelo Mathews: 244 runs in 7 innings at an average of 40.66 with one hundred and a fifty to his name 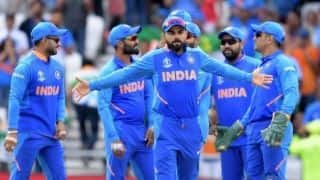 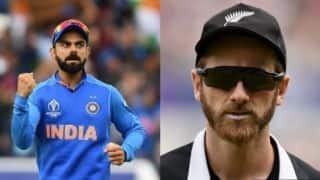