In part 1 of the 4-part serial of cricketing coincidence we bring to you the instances where teams have won matches by a similar margins not once, twice but at times thrice to everyone's amusement.

As has been very wisely stated by seasoned connoisseurs of the game over years, cricket, like life in general, cricket being a microcosm of life itself (indeed, some would opine that life is a microcosm of cricket), is full of intriguing coincidences. They reveal themselves quite unexpectedly from time to time in the annals of the game and add spice to the already rich patina of the game s history and folklore.

Let us cast our minds back through the mists of time, to the very first Test of all, between representative teams from Australia and England, played on the paddock that grew to be anointed as the very first Test venue, Melbourne Cricket Ground, in 1876-77.

For Australia, there were stirring deeds by Charles Bannerman: facing the first ball, scoring the first run, hitting the first boundary, and finally, scoring the first century in Test cricket. He scored 165, having been forced to retire hurt when the middle finger on his right hand was split by a delivery from George Ulyett. When the dust had finally settled down, Australia had won the match by 45 runs.

Travelling forward in time brings us to the same venue for the Centenary Test, played between the same traditional cricketing rivals and staged as a solitary commemorative Test in 1976-77. The first innings of both sides were quite unremarkable. Rod Marsh then scored a century (110 not out) for Australia in the second innings and Derek Randall trumped that with a brilliant 174 in the England second innings. The result, however, was the same as 100 years ago; Australia won this match also by exactly the same margin, 45 runs, a truly remarkable turn of events.

A relative newcomer in the different formats of cricket is the concept of ODIs. In recent times, the number 153 has proved to be quite special for some matches in this format, and involved 3 of the 4 instances of a player with individual scores of 200 or more: 200 not out by Sachin Tendulkar against South Africa at Gwalior in 2009-10; 219 by Virender Sehwag against West Indies at Indore in 2011-12; and 264 by Rohit Sharma against Sri Lanka at Kolkata on 2013-14. In all of the matches mentioned above, India emerged as the victors by the same margin 153 runs. 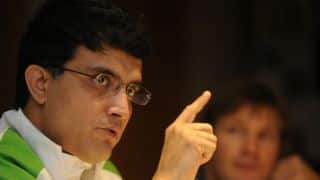 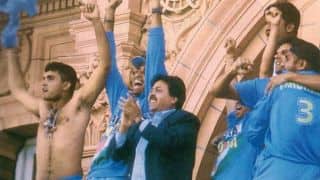